Delhi Chief Minister Arvind Kejriwal on Monday lashed out at Prime Minister Narendra Modi, calling him a habitual liar, who was notorious for lying across the globe. 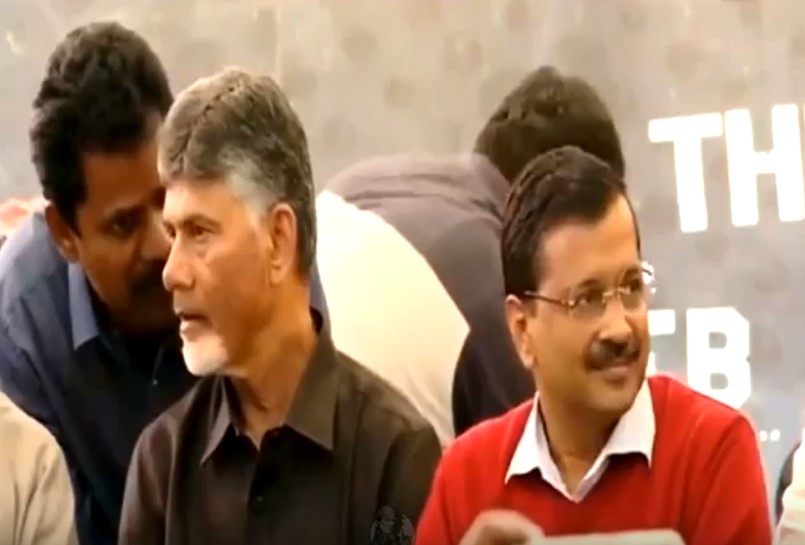 Kejriwal, who arrived at the Andhra Bhawan in Delhi, the venue for Andhra Pradesh Chief Minister N Chandrababu Naidu’s one-day hunger strike, said that he supported the latter’s demand for a special status for his state.

Kejriwal said, “It’s a matter of grave concern that an elected chief minister of Andhra Pradesh is forced to travel to Delhi to sit on dharna. This doesn’t augur well for our federal structure. Our prime minister announced publicly at least on three occasions that he will grant special status to Andhra Pradesh. Prime Minister Narendra Modi is famous for lying across the world. Whatever Prime Minister promises, he never fulfills.”

Naidu’s party had fought the 2014 Lok Sabha polls with the BJP, but it fell out of favour in 2017 after the BJP refused to fulfill the coalition’s promise to grant special status to Andhra Pradesh. Since then, Naidu has come closer to the opposition parties, fighting against the BJP. In Telangana assembly polls, Naidu’s party formed an alliance with the Congress unsuccessfully last December.

On Monday, one of the first leaders to meet Naidu was Congress President Rahul Gandhi. West Bengal Chief Minister Mamata Banerjee, whose anti-BJP rally Naidu had attended in Kolkata last month, too is expected to arrive in Delhi on Tuesday to meet him.