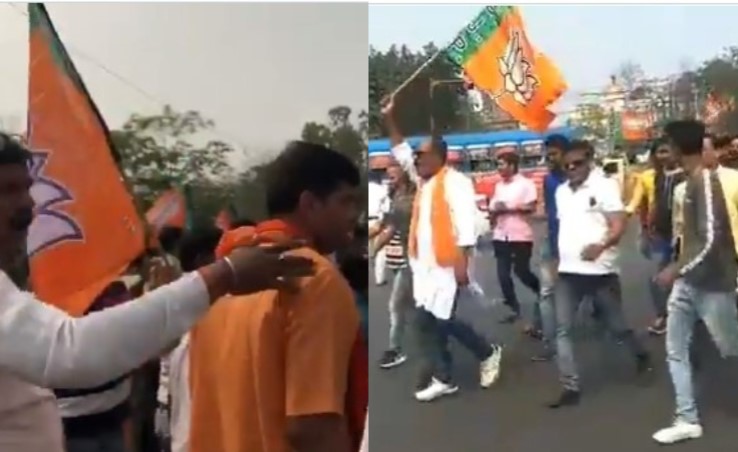 The rally was attended by Shah, who defended his government’s decision to enact the discriminatory Citizenship Amendment Law, which provides automatic citizenship to non-Muslim immigrants living in India.

Ironically, Shah had said a few days ago that such provocative slogans should not have been made by his senior party colleagues such as Union Minister Amit Shah and Kapil Mishra among others.

A few days back@AmitShah ~ “Statements like ‘goli maro’ and ‘Indo-Pak match’ should not have been made. Our party has distanced itself from such remarks,”

Curiously, the Kolkata Police refused to act against those chanting provocative slogans.

Both Mishra and Thakur along with Parvesh Varma are accused of inciting the Hindutva mob to on a killing spree during the recent anti-Muslim carnage in Delhi. The Delhi Police remained a mute spectator and defied calls to book these BJP leaders. The judge, who slammed the role of the Delhi Police was transferred to the Punjab and Haryana High Court last week.

At least 42 people lost their lives in the pogrom with thousands being forced to flee from their homes for safety.