Delhi’s Aam Aadmi Party and Trinamool Congress have raised questions on the Election Commission’s decision to hold three phases of elections during the Holy month of Ramadan, when Muslim voters will be observing dawn-to-dusk fast. 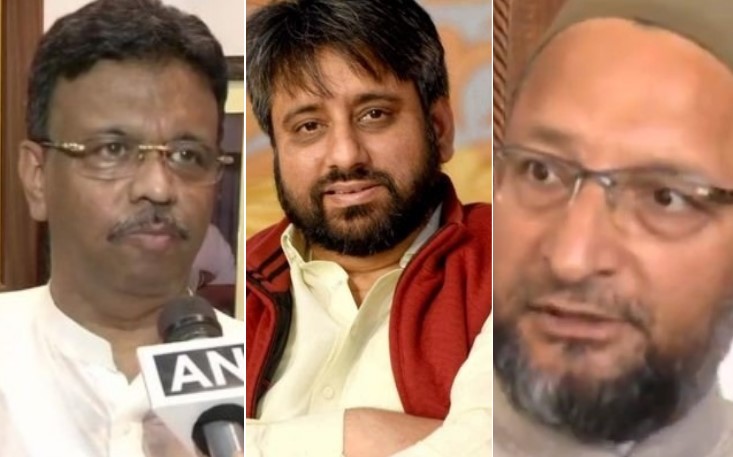 Kolkata Mayor and senior Trinamool leader, Firhad Hakim was quoted by news agency ANI as saying, “The Election Commission is a constitutional body and we respect them. We don’t want to say anything against them. But the seven-phase election will be tough for people in Bihar, UP and WB. It will be most difficult for those who will be observing Ramzan at that time.”

As first reported by Janta Ka Reporter, the EC’s decision to hold three phases of elections during Ramadan has come as a surprise to many in light of CEC Sunil Arora’s own statement that the national poll body had factored in ‘examination dates, religious occasions, harvest seasons and inputs from weather department’ before announcing the dates for the Lok Sabha polls.

AAP MLA in Delhi, Amanatullah Khan, said that the polling in the national capital will take place on 12 May, on the day of Ramadan. He said that since Muslims will not come out to vote in large numbers, it will directly help the BJP.

Khan tweeted, “Delhi will vote on 12 May on the day of Ramadan. Muslims will vote less and this will directly help the BJP.”

Another prominent Muslim face in the Indian politics, AIMIM MP Asaduddin Owaisi, disagreed as he said that politicians who were using Ramadan to attack the EC and the BJP should avoid doing so. Owaisi said that Muslims will observe fasts, offer prayers and vote in large numbers too. He tweeted, “Fasting is obligatory on Muslims. We cook, work, clean & take care of our families while fasting. It’s an insult to Muslims to say that Ramzan will affect our voting. In Ramzan, Shaitan is enchained – inshallah one will use their vote to defeat his agents.”

Fasting is obligatory on Muslims. We cook, work, clean & take care of our families while fasting. It’s an insult to Muslims to say that Ramzan will affect our voting.

In Ramzan, Shaitan is enchained – inshallah one will use their vote to defeat his agents pic.twitter.com/HxfmhHvzML

Aside from Uttar Pradesh, Bihar too will see 21 out of a total of 40 seats going for polls in the last three phases during Ramadan.

As for West Bengal, where the BJP has been desperately trying to gain a foothold to compensate for the possible losses in north India, polling for 42 Lok Sabha seats will be held in seven phases with 24 of them being scheduled for the last three phases.