A five-judge Supreme Court bench will hear the case related to the Ayodhya land dispute on 10 January. The bench will comprise Chief Justice of India Ranjan Gogoi, Justices SA Bobde , NV Ramana, UU Lalit and DY Chandrachud. Incidentally, the Supreme Court bench doesn’t have any representation from a Muslim judge in light of the Ayodhya issue assuming considerable religious sentiments.

The bench was constituted by CJI Gogoi on Tuesday. CJI Gogoi’s predecessor Dipak Misra had ruled out constitutional bench to hear the contentious matter, the former appeared to disagree with him. 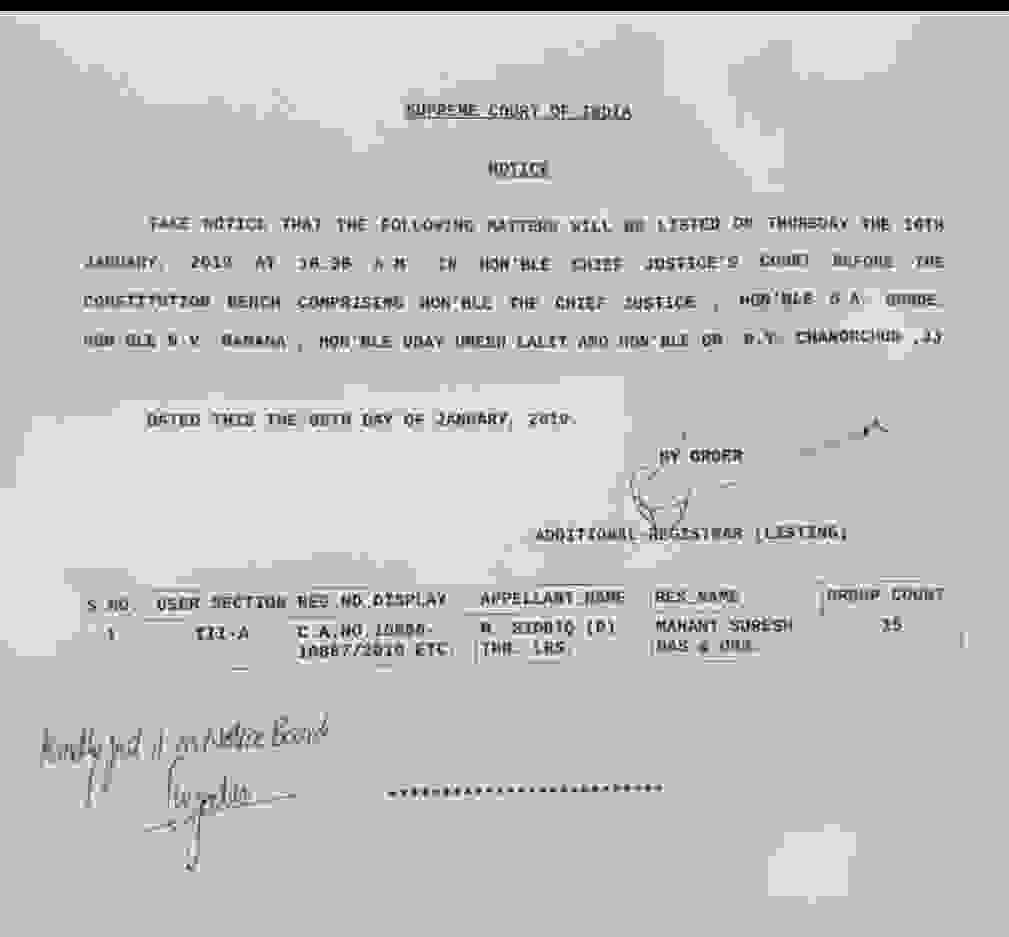 On 4 January, the top court had deferred the hearing on Ayodhya dispute to 10 January stating that a new bench will be decided on that day. The bench headed by Chief Justice of India Ranjan Gogoi had taken just 60 seconds to defer the hearing.

The hearing on Friday did not see arguments from either side. The highest court of India had also dismissed a PIL, which was seeking to hear the Ayodhya matter on urgent and day to day basis. The PIL was filed by an advocate Harinath Ram in November 2018.

The BJP has been demanding the hearing of Ayodhya matter urgently and wants a verdict before the Lok Sabha polls. The ruling party, which is facing a huge anti-incumbency against Prime Minister Narendra Modi, is keen to use the temple issue to woo voters.

Experts feel that the government may not even hesitate to bring in an ordinance to pave the way for the construction of the Ram Temple at the site, where Babri Masjid existed until 6 December 1992.

Last week, Modi was asked about whether his government will bring in an executive order to build Ram Temple in Ayodhya. He had said, “After judicial process is over, whatever will be our responsibility as the government, we are ready to make all efforts.”