Officials in Tamil Nadu say that at least two children were among 11 people, who were electrocuted to death in a temple chariot procession in Tamil Nadu. The tragic incident took place in Thanjavur district. 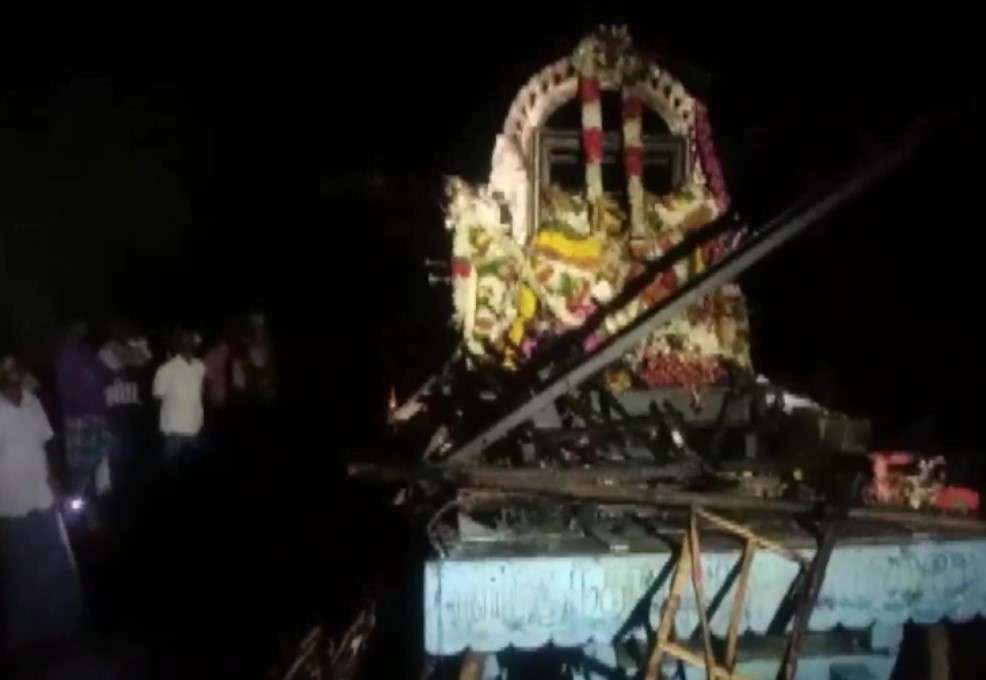 According to V Balakrishnan, Inspector General of Police, Central Zone, Tiruchirappalli, the incident took place when the chariot came in contact with a live wire in the Thanjavur district. An FIR has been registered in the matter.

#WATCH | At least 10 people died after a temple car (of chariot festival) came in contact with a live wire in the Thanjavur district in Tamil Nadu pic.twitter.com/F4EdBYb1gV

Chief Minister MK Stalin has reportedly rushed to the village to meet the victims’ families and those injured in the tragedy. According to the police, the injured have been admitted to the Thanjavur Medical College.