The news of a hungry minor girl being lured with food in Nagercoil in Tamil Nadu went viral on 8 June as members of the right-wing brigade began to fervently share the news on social media platforms. Most of the Twitter users sharing the news on the alleged gang-rape of a minor girl in Tamil Nadu used a report published by RSS mouthpiece Organiser to highlight how four Muslims had been arrested on the charge of gang-raping an eight-year-old girl. 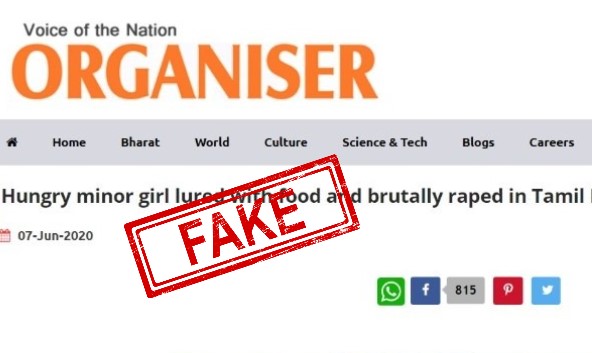 The headline by RSS mouthpiece Organiser screamed, “Hungry minor girl lured with food and brutally raped in Tamil Nadu.” The report by Organiser also went on to allege that the minor girl was brutally raped by six persons in Nagercoil, Tamil Nadu. It added, “Eight persons including two minors, have been arrested for raping the hungry minor girl who approached a neighbouring home for food. The arrested are identified as Mohammed Nooh (75), Zahadasan (52), Zafir Hussain (53) and Abdul Jafar (68).” 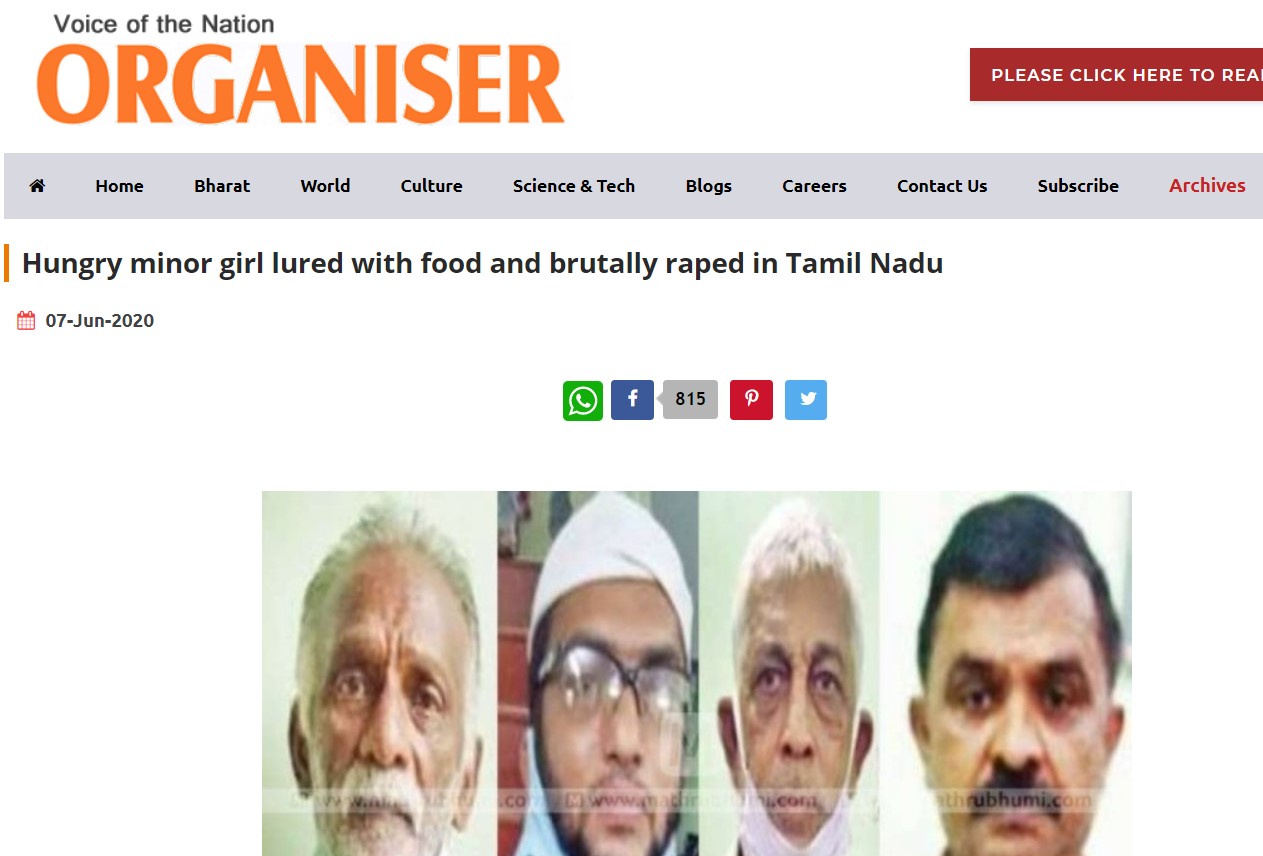 Social media foot-soldiers from the right-wing brigade moved with lightning speed to share the sensational news by highlighting the names of all Muslims in the alleged gang-rape case. 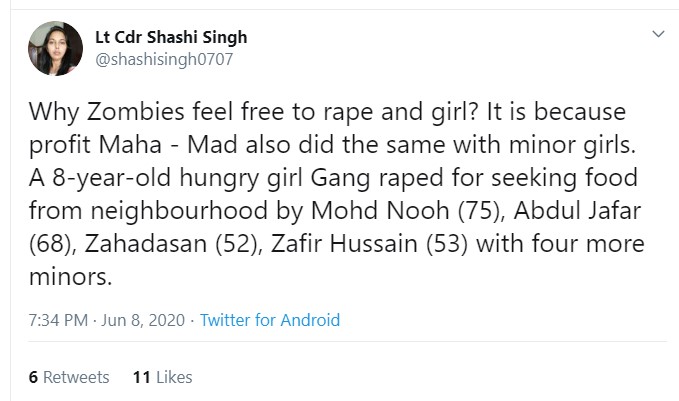 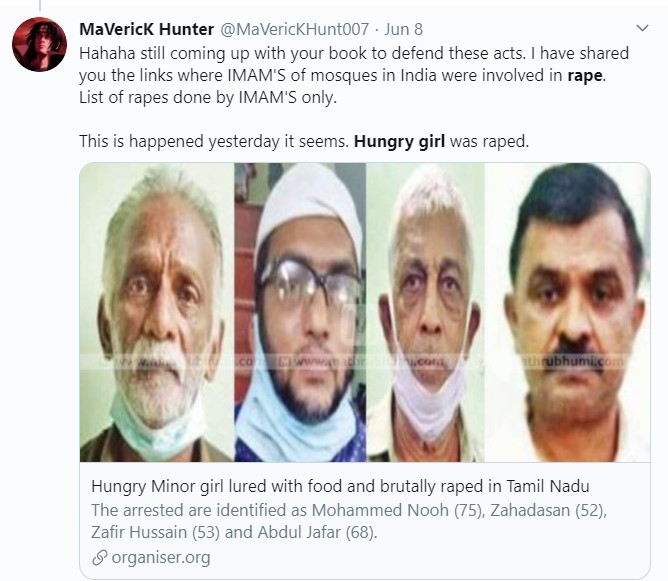 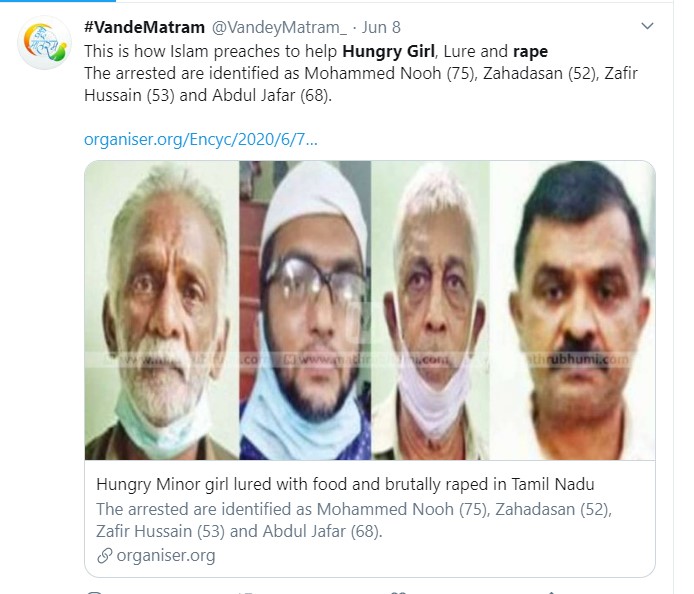 The report by Organiser sent shockwaves with many prominent Muslim social media users taking to Twitter to demand capital punishment for those accused. Among them were former Chancellor of Maulana Azad Urdu University, Zaffar Sareshwala, and journalist Samina Shaikh.

Absolutely nothing less than Hanging till death! https://t.co/umU3Nlmju2

Was minor gang-raped in Tamil Nadu?

A report by the Times of India said that the complainant’s minor daughter went around the area seeking financial help since her father had been rendered jobless due to the lockdown. The four accused and two minor boys allegedly gave her Rs 50 and made her undress to show them her private parts.

Sreenath told the Janta Ka Reporter, that the “The victim girl has not been raped or gang-raped. The girl is the daughter of the complainant. When she went to A1’s (Accused number 1) shop at Ribai Street, Thengaipattinam, he accused sexually harassed the victim.”

Sreenath added that the police had acted after the victim’s father, a 34-year-old Muslim man from the same neighbourhood, filed a complaint.

While molestation itself amounts to a huge crime, the RSS mouthpiece clearly peddled fake news with an inaccurate headline in a bid to sensationalise the matter by falsely giving a ‘gang-rape’ angle to the story. Organiser is edited by one Prafulla Ketkar with its previous editors also including names such as LK Advani and Seshadri Chari.