Uttar Pradesh Yogi Adityanath on Tuesday warned of serious consequences after a group of Hindus staged protests against the offering of namaaz inside Lucknow’s Lulu Mall. The video of a group of people offering namaaz inside the newly-inaugurated mall had triggered angry reactions from Hindus, who also vowed to chant Hanuman Chalisa inside the shopping complex. 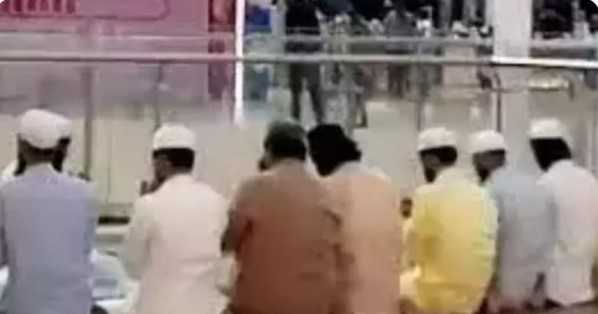 Reacting to the controversy, Adityanath said that anyone trying to disturb the law and order will not be spared. Adityanath said, “A mall has opened in Lucknow. That mall is busy carrying out its business operations. To make it a centre of politics, issue unnecessary statements, stage protests to disturb public transport, and disturb communal harmony despite repeated warnings by the Lucknow administration will not be tolerated. The Lucknow administration should take the matter seriously.”

Adityanath himself had inaugurated the mall on 10 July.

Adityanath said that anyone trying to disturb communal harmony over a non-issue must be dealt with strictly.

The video of a group of men offering namaaz inside the mall had evoked angry reactions from a section of right-wing Hindus. However, several people later claimed that those offering namaaz in the viral video were not Muslims and the scene was orchestrated to create a rift in society along the communal lines. This version has not been independently verified yet.

Police have arrested three Hindus for trying to recite Hanuman Chalisa and Two Muslims for offering namaaz. DCP South Lucknow tweeted the names of four people, who were arrested for trying to perform religious fucntion inside the mall. They were Saroj Nath Yogi, Krishna Kumar Pathak, Gaurav Goswami and Arshad Ali.

Meanwhile, Lulu Mall administration has issued a statement saying that no religious activities would be allowed inside the mall. In a statement to the local police station, the mall adinistration said that those seen in the video offering namaaz were not its employees.