Fans have intensified their attack against Bollywood actor Anushka Sharma and her cricketer husband Virat Kohli for the couple’s decision to launch a fundraiser for the pandemic. Angry fans took potshots at one of India’s richest celebrity couples by reminding them about their unparalleled wealth. Some of Anushka’s fans even disparagingly called her an ‘aunty’ by asking her to stop ‘begging’ when she was capable of shelling out more money on her own. 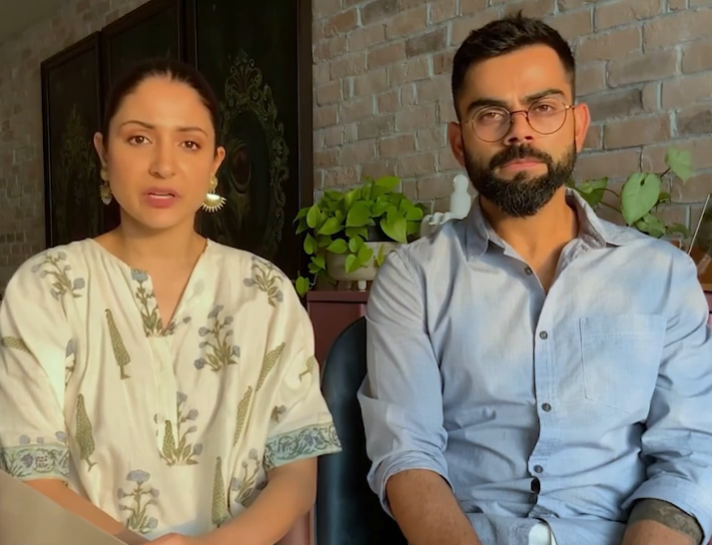 Launching the video of the fundraiser appeal, Anushka wrote on Instagram, “As our country battles the second wave of Covid-19, and our healthcare systems are facing extreme challenges, it breaks my heart to see our people suffering. So, Virat and I have initiated a campaign #InThisTogether, with Ketto, to raise funds for Covid-19 relief.

“We shall all overcome this crisis together. Please step forward to support India and Indians. Your contribution will help in saving lives during this critical time.”

The video appeal was jointly issued by Anushka and Kohli.

The video did not go down well with people, who’ve already been angry with India’s rich celebrities for their apathy during the deadly pandemic. Kohli was seen busy with his IPL commitments even when tens of thousands of people died for the want of oxygen and basic access to hospital beds.

As expected, fans began to slam Anushka on her Instagram timeline as one wrote, “I never see Sonu Sood (sir) campaigning like u people for he is a real hero ..U people have immense money.. Better donate 10per of it.” Another user wrote, “Donation again? Why can’t you guys do it on your own? Society has given you so much already now it’s your time to pay back.” “Aunty has also come to ask for donations.. aunty ur so rich, y are u begging for money?” According to one fan, “Always asking people to do their bit. People are doing their bit. Why don’t you billionaires think of contributing 50-60% from your kitty. People have made you famous, help them. They will make you more famous and you will earn more.”