Janta Ka Reporter 2.0
Home Entertainment When Mira Rajput and Shahid Kapoor flirted with each other at wedding...

When Nita and Mukesh Ambani welcomed the galaxy of stars at their south Mumbai residence Antilia on 2 September, many wondered why Shahid Kapoor and his wife Mira Rajput were not there to be a part of this mega celebration. The Ambanis had made lavish arrangements to mark this year’s Ganesh Chaturthi since this was the first major festival since Isha Ambani married Anand Piramal and Akash Ambani entered wedlock with Shloka Mehta. The absence of Shahid and Mira also assumed significance since both had turned many heads at the reception of Shloka and Akash in March this year. 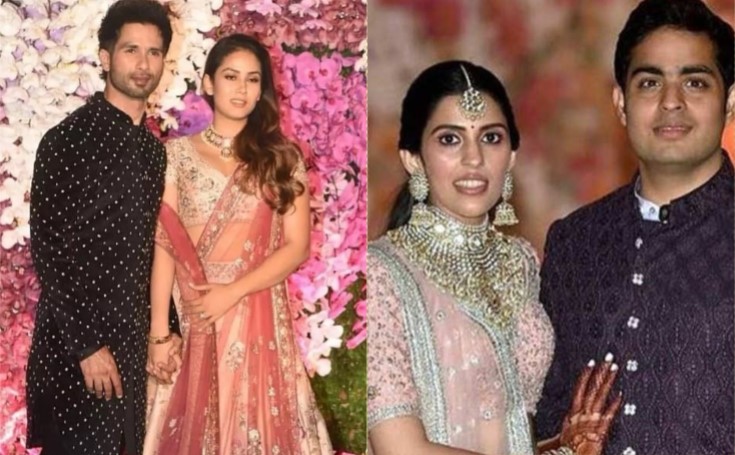 Bollywood’s power couple had made many heads turn as they arrived at the reception venue. Shahid was dressed in a black shirwani, while Mira had chosen a pink lehenga for herself. Together, they looked no less than a royal couple themselves.

Mira and Shahid have bought a sprawling duplex for Rs 56 crore in the Worli area of south Mumbai, not far from where Ambanis reside. Isha Ambani’s sea-facing bungalow Gulita, whose cost is believed to be Rs 450 crore, is situated in Worli. The bungalow was given to Isha by her in-laws as a wedding gift.