Nita Ambani, the mother-in-law of Shloka Mehta and mother of Akash, Ananth and Isha, couldn’t be happier after seeing her two children settle with their childhood sweethearts. While Isha Ambani got married to Anand Piramal in December last year, Akash Ambani tied the knot with Shloka in March this year. Since then, Nita Ambani has not missed a single opportunity to show her excitement on being a mother-in-law as India’s richest woman was often spotted accompanying her daughter-in-law and to-be bahu Radhika Merchant in Mumbai. However, not many would know that Nita Ambani was once told she will never be able to become a mother. 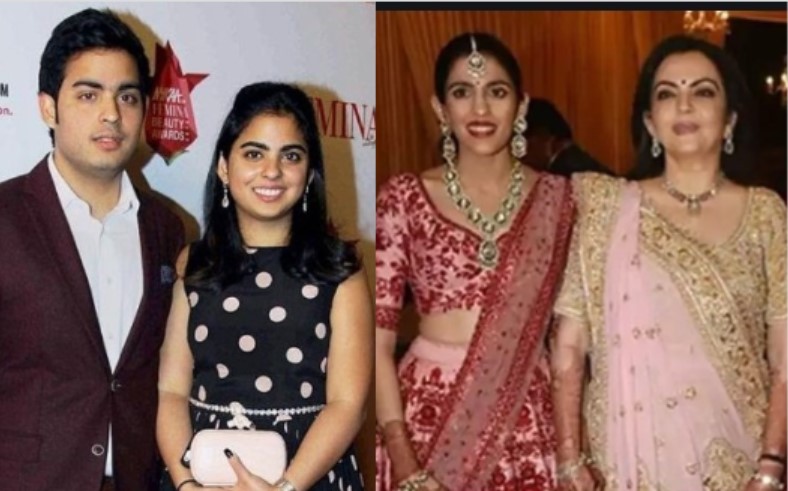 At 23, she was told that she will never have children. By her own admission, the news left her devastated because she had longed to become a mother right from her school days. In an interview IDiva website in 2011, Nita Ambani had opened up about her traumatic experience.

She had said, “Becoming a mother. A few years after I got married, I was told by the doctors that I would never have children. Even when I was in school, I would write long, copious essays titled, ‘When I’ll be a mother…’ Here I was at the age of 23 being told that I would never conceive. I was shattered. However, with the help of Dr Firuza Parikh, who is one of my closest friends, I first conceived my twins!”

Her pregnancy was believed to have been quite traumatic and she delivered two months earlier in a state of a medical emergency.

Isha too had told a magazine that she and Akash were IVF babies. She had said, “My parents had us after seven years of marriage, my twin Akash and I were IVF babies. When my mother finally had us, she wanted to be a full-time mum initially. Later, she went back to work when we were five, but she was still a tiger mom.”

Earlier this month, both Mukesh and Nita Ambani had invited a galaxy of stars to their house to celebrate Ganesh Chaturthi. This was the first time Ganesh Chaturthi was celebrated by the Ambanis since Akash-Shloka and Isha-Anand got married.