Weeks after Indian Idol judge Vishal Dadlani famously accused him of leaving a ‘disgraceful and cowardly’ legacy through a controversial judgment on the Ayodhya land dispute case, former Chief Justice of India Ranjan Gogoi was rewarded with a Rajya Sabha nomination on Monday. 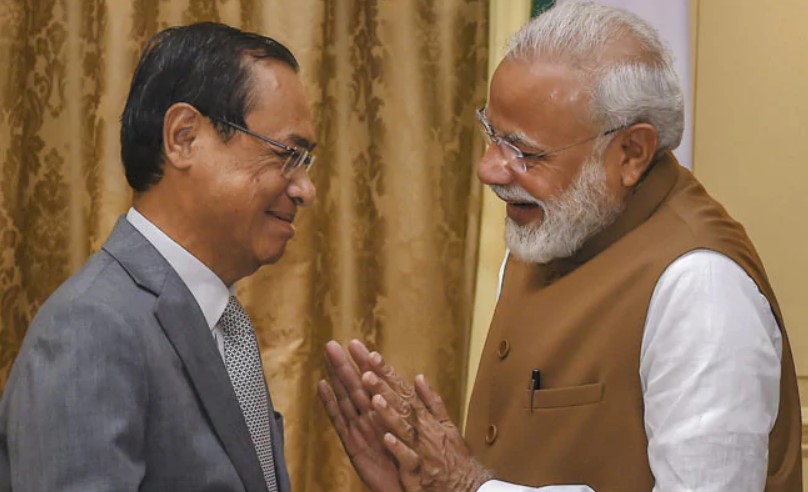 According to a new government notification, issued by President Ram Nath Kovind, Gogoi has been nominated to be a Rajya Sabha MP to ‘fill the vacancy caused due to the retirement of one of the nominated members.’

The notification read, “In exercise of the powers conferred by sub-clause (a) of clause (1) of article 80 of the Constitution of India, read with clause (3) of that article, the President is pleased to nominate Shri Ranjan Gogoi to the Council of States to fill the vacancy caused due to the retirement of one of the nominated members.” 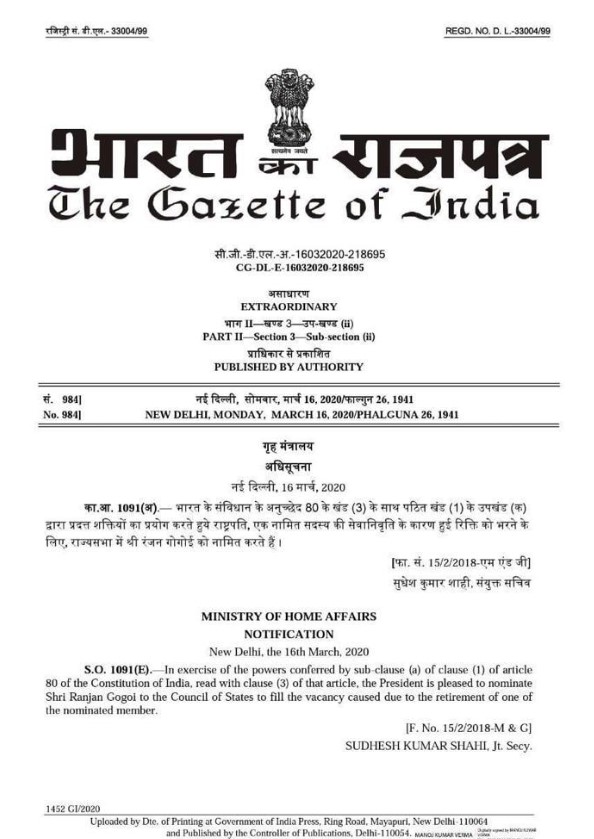 The news of Gogoi being rewarded with a Rajya Sabha seat evoked strong reactions on social media with many declaring it a shining example of how the Indian judiciary had lost its independence.

Fmr CJI Gogoi nominated to Rajya Sabha! Why am I not surprised?
Any propriety, Sir?
He directed NRC exercise
Ram Mandir in hurried hearings
Refusal to hear J&K habeas corpus
Immunity from law in own sexual harassment case
Politician or judge all along, ye Greedy Lord? pic.twitter.com/af3IdhSf1a

Ayodhya
?Demolition was criminal. But land is yours

Kashmir
?Human Rights matter. But no time to hear petitions

Govt has given the message to the Judiciary.
NOMINATION or TRANSFER ?! https://t.co/1o5gxylbnP

Former Chief Justice of India Ranjan Gogoi has just been nominated to the Rajya Sabha by the President (i.e. the Modi govt.).