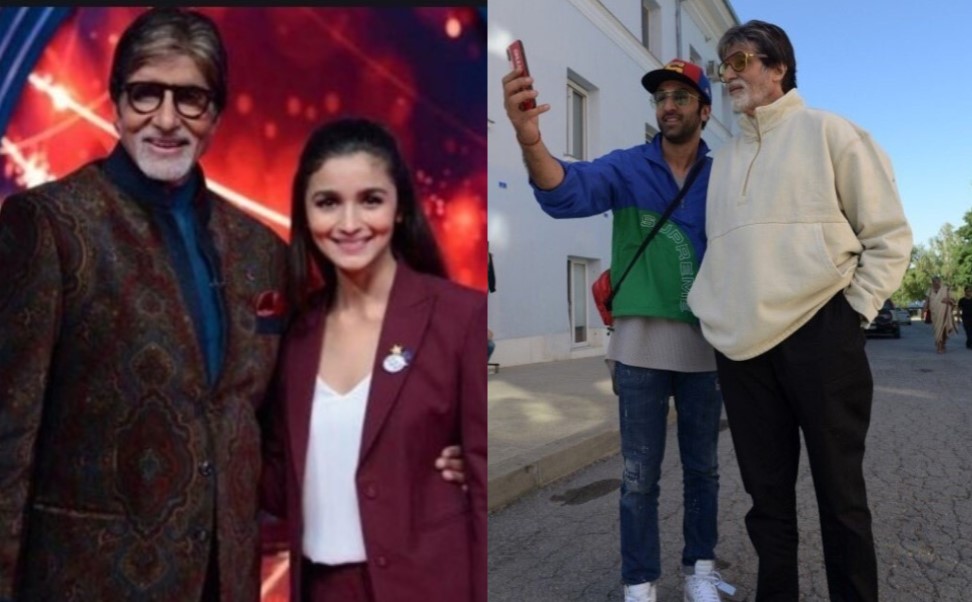 Taking to Instagram, the legendary actor shared a collage of his photos along with Ranbir as he wrote, “On the sets .. with the one I admire and adore .. one of the finest .. need the 4 chairs to match up to his incredible talent.”

On the sets .. with the one I admire and adore .. one of the finest .. need the 4 chairs to match up to his incredible talent ?!!

Bachchan also tweeted another series of photos with Ranbir, taken from the sets of  Brahmastra, and wrote, “T 3452 – .. work starts early .. like 6 am .. rehearsing, blocking and then shooting it .. with one of my favourites .. I need 4 of those (chair emojis) to keep up with his enormous talent .. !!”

In one photo, both Ranbir and Bachchan could be seen sitting on chairs as photographers clicked their photos. In another photo, both actors were seen taking a walk.

It’s not the first time that Bachchan has publicly praised Ranbir. Last year in January, he had tweeted a photo with Ranbir and written, “Thank you Ranbir Kapoor, for giving me the elixir of LIFE ! Still buzzing Buddy!.”

Last year, while hosting his quiz show KBC,  Bachchan had played a clip from Alia Bhatt’s blockbuster Raazi to ask a contestant to name the movie. As expected, the contestant said she did not need the options since Alia Bhatt was her favourite. She told Bachchan, “Alia Bhatt is my favourite.” “She’s my favourite too,” replied Amitabh Bachchan. The KBC host continued, “I too like her a lot. She’s an extraordinary actress. She does a lot without doing anything.”

The Bollywood megastar had then quickly mentioned Alia’s rumoured boyfriend Ranbir Kapoor as he said, “Then there’s also Ranbir. Have a look at their faces. When you see them act or dance, their facial expression never makes you realise what they are about to say or do. They have very little expression on their faces.. I tell both of them that ‘your face is God’s gift.’ They act beautifully. They are my favourite.”