The Gujarat Police have taken a dim view of a TikTok video posted by a young cop from inside a police station that went viral. In the viral video, policewoman Arpita Chaudhary was seen dancing to a Bollywood song inside the police station. 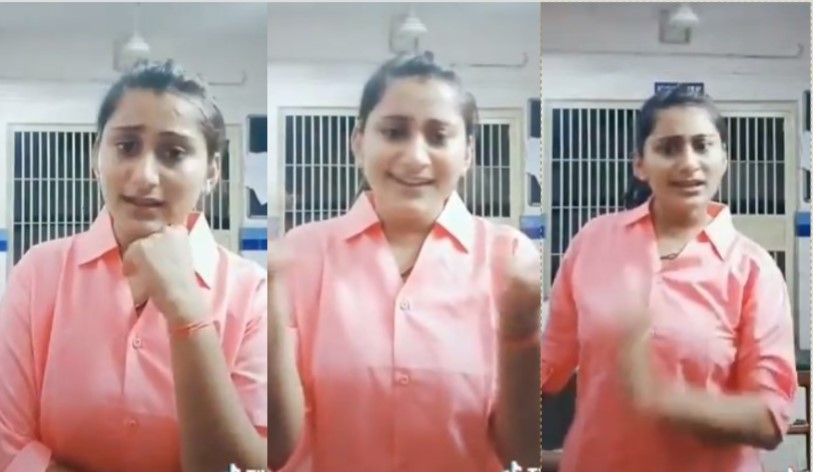 Dressed in plain clothes, Chaudhary was seen performing to a song from Salman Khan-starrer Bollywood film Kick inside a police station in front of a lock-up inside the Langhnaj police station in Mehsana district.

“Arpita Chaudhary has violated the rules. She was not in uniform while on duty. Secondly, she shot a video of herself inside the Langhnaj village police station. Police personnel should follow discipline, which she has not been done and hence suspended,” Deputy Superintendent of Police Manjitha Vanzara was quoted by news agency PTI.

Chaudhary has over 14,000 followers on TikTok, where she frequently posts short and quirky videos. The controversial video by Chaudhary was reportedly shot on 20 July. No sooner did she shoot upload the video, it went viral on social media platforms including WhatsApp in no time.

The development caused considerable embarrassment to the Gujarat Police once Chaudhary’s identity as a lady cop became public.

Chaudhary was recruited in the Gujarat Police’s Lok Rakshak Dal in 2016. She was later transferred to Mehsana in 2018.

Not too long ago, the Odisha government had taken punitive action against a group of nurses after they recorded a TikTok video inside the ICU of a government hospital.