BJP MLA from Ballia in Uttar Pradesh, Surendra Singh, has compared former Bigg Boss contestant and Haryanvi singer and dancer Sapna Chaudhary with the UPA Chairperson, Sonia Gandhi. Singh said that he wanted to congratulate Congress President Rahul Gandhi for embracing Sapna despite her profession as a dancer the same way former Prime Minister Rajiv Gandhi had embraced Sonia Gandhi despite she belonging to ‘the same profession’ before marriage. 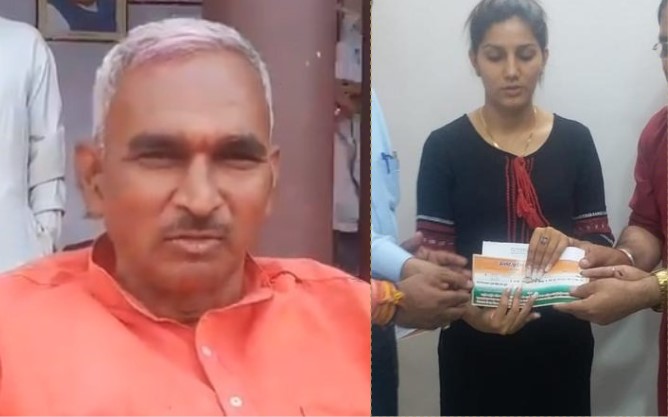 In a video shared by journalist Prashant Kumar of Times Now on Twitter, Singh said, “This is a good thing. It is good that Rahul Gandhi ji is taking his family tradition forward. His (Rahul Gandhi’s) mother in Italy was also engaged in the same profession. Now I want to congratulate Rahul ji for embracing Sapna. The way your father (Rajiv Gandhi) embraced your mother (despite her profession), you have also embraced Sapna.”

This motormouth BJP neta continues to bring same for the party. pic.twitter.com/FVilZ2qh9k

What Singh implied was that the UPA chairperson too worked as a dancer before marrying Rajiv Gandhi. His sexist slur came hours after Sapna, a hugely popular artist across north India, formally joined the Congress. There are reports that the famous folk singer and dancer may be pitted against BJP’s Hema Malini from Mathura in this year’s Lok Sabha polls.