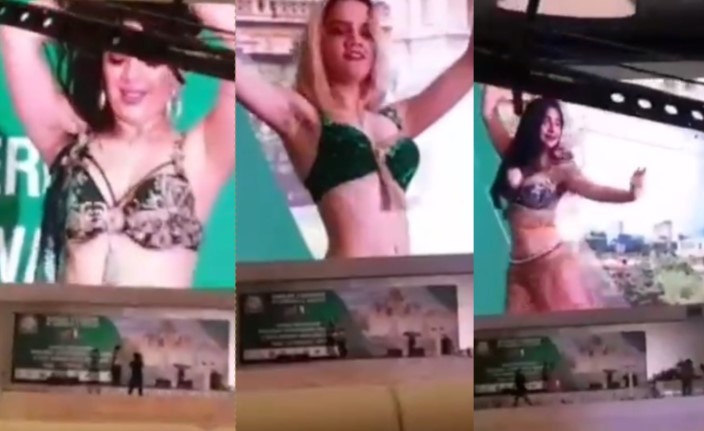 In the viral video, several belly dancers are seen performing their art at the investment summit. Titled as Khyber Pakhtunkhwa Investment Opportunities Conference, the summit was held in Baku between 4 and 6 September.

The video posted by Bukhari has already received thousands of likes and shares on Twitter with many sarcastically terming it as a sign of new Pakistan. Many Indians also used the opportunity to take a dig at Pakistan.

After exporting Donkeys & Dogs, Pakistan is now going for Belly dance, then nude dance, then pornographic pictures in the cinema halls, then the legal brothel, all will strengthen the economy of Pakistan, Pakistan will become the world’s biggest international legal brothel.

The video, according to many depicted the sorry state of Pakistan on the economic front. The emergence of the video also coincided with Pakistani Prime Minister Imran Khan completing one year in office.