Janta Ka Reporter’s founder Rifat Jawaid on Saturday shared a heartwarming experience while flying back to Delhi from Gorakhpur in an Air India alliance flight. He said that due to a delay in the Air India flight he had no option but to break his Ramadan fast mid-air. 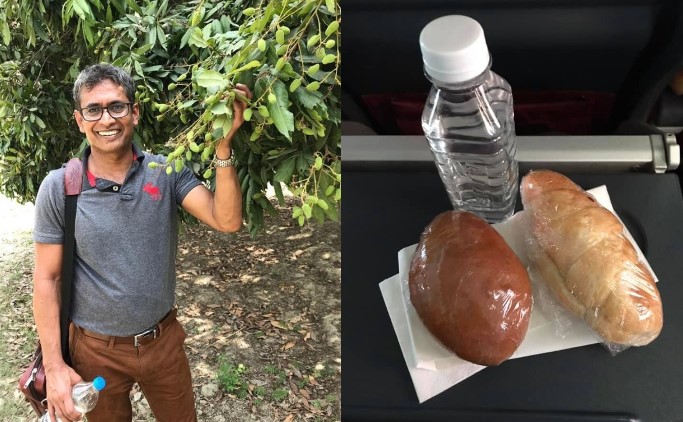 Rifat wrote, “On my way back to Delhi in the Air India Alliance from Gorakhpur. Iftar time was nearing so I walked up to cabin crew member Manjula, asked for some water. She gave me a small bottle. I asked, “can I please have one more bottle since I’m fasting?”  Manjula replied, “Why did you leave your seat? You please return to your seat”.”

This, according to Rifat, was out of respect to a fasting person by her. Rifat said that minutes later Manjula ‘arrived with two sandwiches and said, “please don’t hesitate to ask for more.” Janta Ka Reporter founder wrote that he did not need to ask for more because the food offered for iftar on board was more than adequate.

“Of course I didn’t need more. They were more than adequate for me. What was most satisfying was Manjula’s heartwarming gesture. This is my India!” he concluded.

Rifat also posted the photo of a bottle of water and two sandwiches served to him by Manjula. No sooner had he shared his experience from his official Twitter, Facebook, Instagram and Linkedin pages, social media users began to react overwhelmingly. On Facebook, his post was received nearly 2,500 likes and more than 500 shares. On Twitter his tweets were liked and retweeted thousand of times. 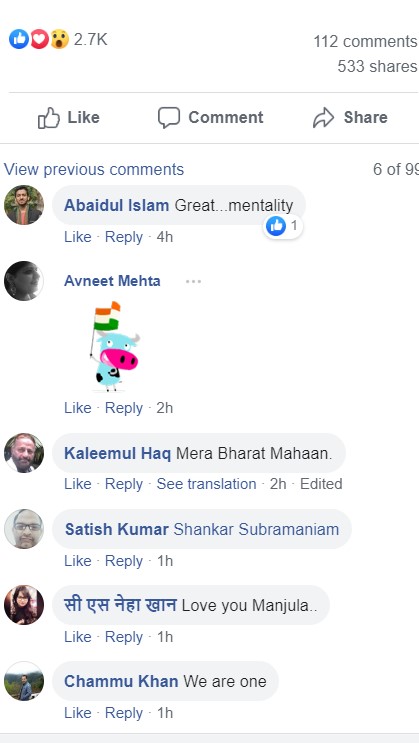 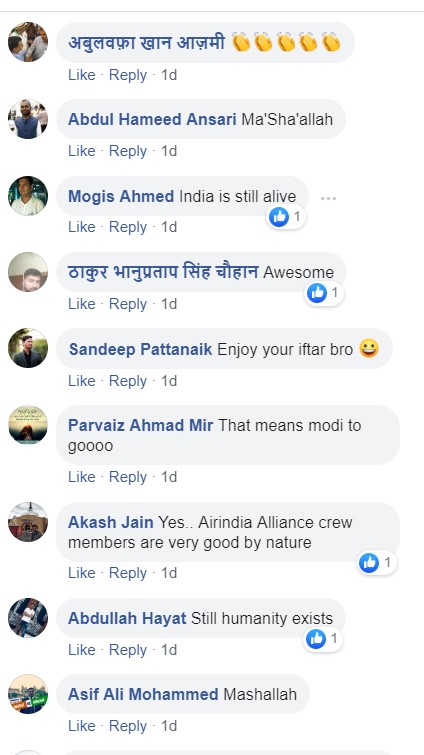 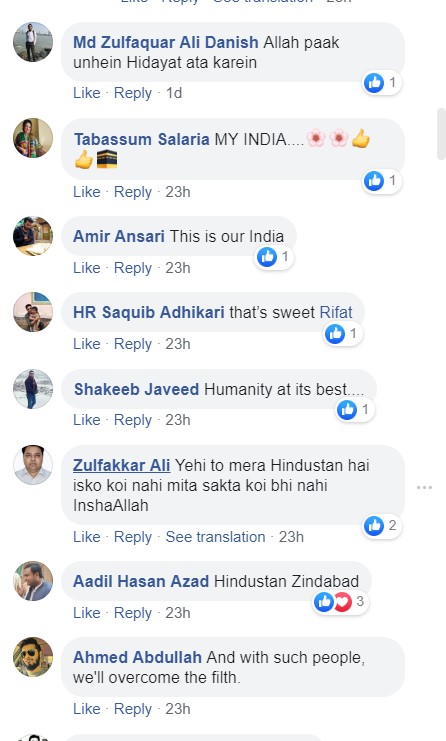 ..leave your seat?You pls return to your seat.” Minutes later she arrived with two sandwiches and said, “please don’t hesitate to ask for more.”
Of course I didn’t need more. They were more than adequate for me. What was the most satisfying was Manjula’s heartwarming gesture. pic.twitter.com/DeXhvMnxwJ

Rifat’s experience while flying with Air India shows that even amidst an atmosphere of negativity, there is one Manjula everywhere, out to prove that humanity will always be the winner in India.