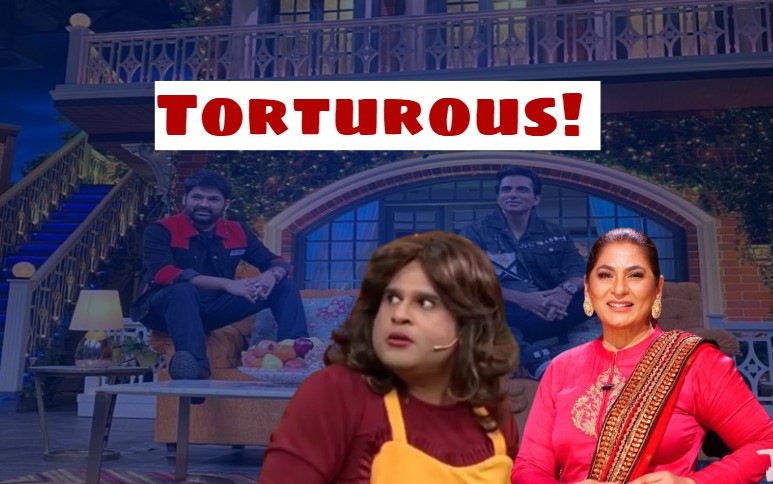 Krushna, who plays the character of a beauty parlour girl Sapna on the show, made his entry by his unique dance. His dancing skills prompted even the show’s guest Sonu Sood to shake a leg. Krushna, however, looked at Archana Puran Singh to complain that she had not given him a standing ovation. “(Navjot Singh) Sidhu would have given me a standing ovation,” he said.

“You just keep making your home videos.. Mangoes have ripened, leaves have fallen off the trees..” Krushna targeted Archana. But he wasn’t done yet. He continued, “You know the government opened the lockdown because of her. (They thought) Just ease restrictions since her videos are too much of a torture.”

At another place, Krushna made fun of Archana by cracking a joke at her husband Parmeet Sethi by referring to him as bus ‘permit.’

On Sunday, actor Sonu Sood became the first guest of The Kapil Sharma Show. Sonu had earned plenty of plaudits during the lockdown by helping migrants reach their villages. Kapil spoke to many such beneficiaries through video conferencing. Their moving stories left even Sonu teary-eyed.

Krushna rightly summed up when he declared Sonu as the real star of India.