Janta Ka Reporter 2.0
Home Entertainment Tina Dabi and Athar Aamir Khan are back to following each other...

IAS topper Tina Dabi and husband Athar Aamir Khan have followed back each other on social media platforms including Twitter and Instagram. Speculations were rife on social media after Tina Dabi dropped ‘Khan’ from her surname and removed the reference to Kashmiri bahu (daughter-in-law) from her Instagram bio. While Tina had continued to follow her husband on Instagram, Athar had unfollowed her for unspecified reasons. However, soon after it was reported, Athar began to follow back his wife on the Facebook-owned social media platform. In another developed, Athar also liked the latest social media post wife Tina. 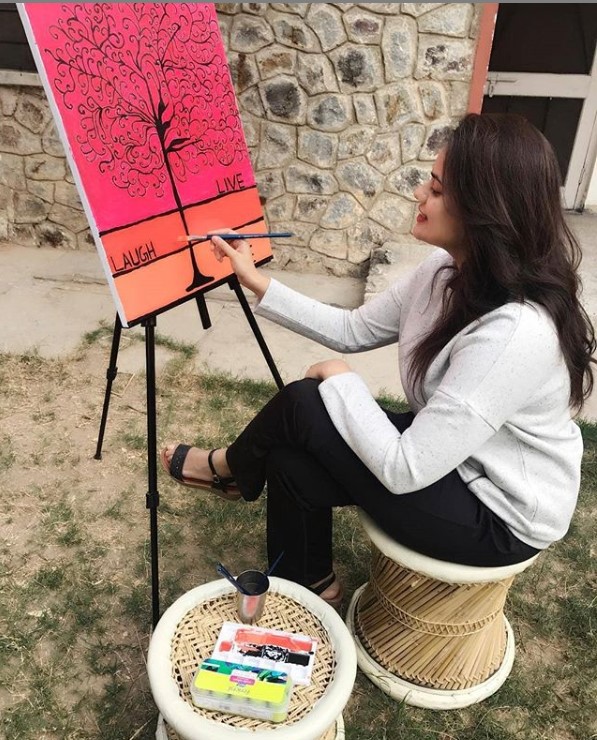 Last week, Tina took to Instagram to post her video explaining how she was working hard to keep citizens safe during the lockdown period. While sharing the video, she wrote, “When the going gets tough, the tough get going.” The caption of her video read, “Long working hours for us in the administration to keep everyone safe and healthy.”

When the going gets tough, the tough get going. ???

Though Tina has disabled the comments section for her post, Athar was one of the prominent people to have liked the video.

Soon after the wedding, Tina had added ‘Khan’ to her surname while declaring herself as a Kashmiri bahu in her Instagram bio, which now currently reads, “This is a personal account. Currently posted as SDM Bhilwara, Rajasthan.”

Since it is the time when everyone has to stay indoors. Some find that difficult! Thought of sharing about this book with you. I read it a few months back. It was on Barak Obama’s list of his favourite books of 2019. Albert Woodfox served for more than 40 years in #solitary confinement in the infamous and brutal Angola prison in Louisiana. His early life was nothing but a series of petty crimes – in and out of jail. Till he was convicted for an armed robbery and sent to Angola prison. In 1972 a white prison guard was murdered in Angola and without a shred of evidence Albert Woodfox and his two companions were accused of the murder and convicted in what he calls an unjust trial. He was put into solitary confinement for 23 hours a day in a 6 by 9 feet cell for more than 4 decades. And was subjected to torture, mistreatment and brutality almost on daily basis. He, instead of breaking down in prison transforms himself and develops qualities and character that very few people have. Without a tinge of bitterness he struggles against racism and prison brutality. His story is about how much a human being can endure and how limitless human spirit can be. He writes, “ (In that 6 by 9 cell) I often thought of myself in the free world: having dinner with my family, driving a car, going to store, going on vacation. I fantasised about Yosemite National Park, which I’d seen in a National Geographic program on TV. It was a way to reinforce my belief that one day I would be free. I learned that dreams and fantasies are not bound by physical limitations, because there are no limitations of the mind or the imagination.” And then further writes, “ By the time I was 40 I saw how I had transformed my cell, which was supposed to be a confined space of destruction and punishment, into something positive. I used that space to educate myself, I used that space to build strong moral character, I used that space to develop principles and a code of conduct, I used that space for everything other than what my captors intended it to be.” If Woodfox can walk out of solitary confinement after more than 40 years with a character! Being inside homes for a few days shouldn’t then be a big deal!!

Both Tina and Athar are hugely popular with considerably large fan base on social media. Tina has in excess of half a million followers on Instagram alone while Athar’s number of followers stands at 2.60 lakh. Athar was a relatively late entrant to Instagram.