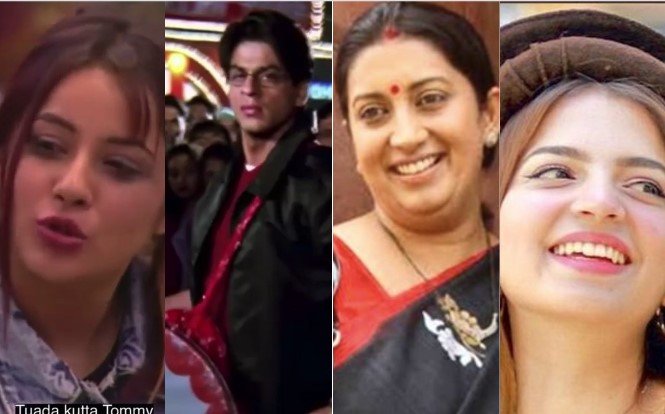 Sharing a video of Shehnaaz, who shot to fame due to her clumsiness and abrupt behaviour during the last edition of Bigg Boss, Irani wrote, “When you prefer desi Tommy over #Pawri … I know I am late to the #Pawri but better late than never? …p.s — Leave #Pawri and think about Shehnaaz’s feeling ?”

The union minister, who ruled the Indian TV screen as a popular actor before joining politics, felt that Shehnaaz could converse in any language through her varied emotions. “Tommy • Dukh (sadness), dard (pain), aansu (tears), feelings • @shehnaazgill can speak Punjabi in any language, there is bhangra is whatever she says, how could I miss this one.”

Shehnaaz’s fans were quick to thank Irani for her rich compliments as one wrote, “Your compliments mean a lot for Shehnaaz.” Another wrote, “One of the coolest minister India Will ever have….way to go mam.” “Thank you so much ma’am,” wrote another fan.

Hashtag #PawriHoRahiHai became a global trend on the internet after a video of a Pakistani influencer recording a short video went viral. In the video, the influencer was seen saying with a funny accent, “Ye hamaari car hai, ye hum hain and yahan hamari pawri (party) ho rahi hai. (This is our car, this is us and we are partying here.)”

An Indian musician had made a mash-up using the video posted by the Pakistani influencer, who has become a rage of sorts even in India, prompting even a union minister to join the conversation.