Kiku Sharda of The Kapil Sharma Show on Monday declared co-star Kapil Sharma a king and his wife Ginni Chatrath a queen as she took to social media to congratulate them on the birth of a baby boy. Also extending congratulatory notes to Kapil were Archana Puran Singh and Krushna Abhishek. 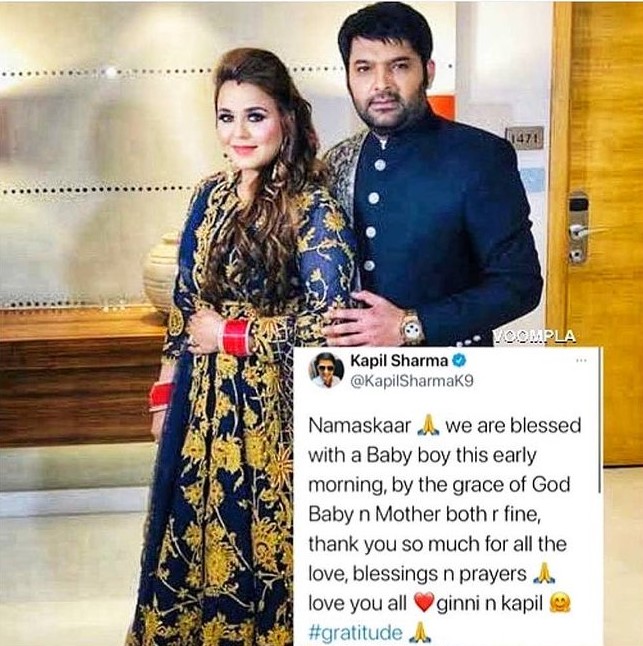 Kiku updated his Insta story as he wrote, “It’s a baby boy.” He, however, refererd Kapil as a king and his wife a ‘queen.’ 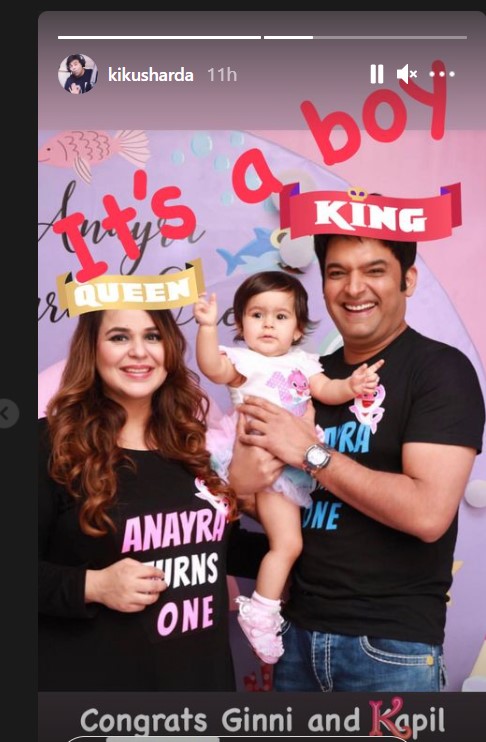 This was after Kapil took to Twitter to announce the birth his son on Monday morning. He wrote, “Namaskaar we are blessed with a Baby boy this early morning, by the grace of God Baby n Mother both r fine, thank you so much for all the love, blessings n prayers. love you all. ginni n kapil. #gratitude.”

Archana Puran Singh wrote an emotional note for her co-star as she congratulated Kapil and Ginni on becoming parents for the second time. She wrote, “Anayra has a baby brother ♥️And you have double the cuteness and double the happiness in your family. Congratulations Mommy and Daddy @ginnichatrath @kapilsharma Overjoyed at the happy news of the safe and healthy arrival of your lil baby boy.”

Kapil’s another co-star, Krushna Abhishek, too wrote a heartfelt note on Instagram. “Mubarak ho kapil and ginni ? God bless u both very happy for the whole family our chota kappu has arrived ?@kapilsharma,” Krushna, who plays the character of Sapna on The Kapil Sharma Show, wrote.

The news of Kapil becoming a father once again came hours after the Sony TV comedy show hosted by him went off the air. Last week, Kapil had announced on social media that he wanted to take a break to welcome the new addition to his family.

The show was taken off the air on Sunday as Sony TV extended the duration of Indian Idol till 10.30 to cover the slot usually reserved for The Kapil Sharma Show.

Kapil and his wife Ginni Chatrath had welcomed their first baby, Anayra, in December 2019, a year after they tied the knot in Punjab.