Kapil Sharma was at his menacing best when he asked Archana Puran Singh why she had not left The Kapil Sharma Show after taking a dig at his co-star’s night suit. Kapil also accused the veteran actor of sleeping on the sets of the Sony TV’s comedy show. 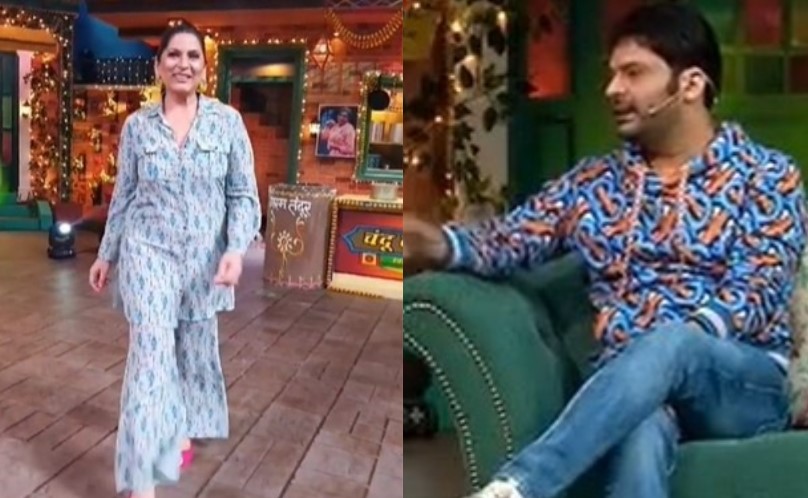 After welcoming his three guests namely choreographers Geeta Kapur, Terence Lewis and Ganesh Acharya on his show, Kapil targeted Archana with another round of cruel jokes as he mocked the latter’s outfit. He asked Archana, “aap ko itna time mila ready hone keliye, phir bhi night suit mein aa gayi (You got some much time and yet you turned up here in a night suit).”

Archana clarified that she was wearing a designer’s outfit, prompting Kapil to say, “To paise dekar dress liya karein, free mein aisa hi milta hai (You should pay for your dresses. This is what you get for free).”

Addressing his guests, Kapil said that Archana had turned up in her night suit because she slept on the sets and did not go home after the shoot, leaving everyone in splits. Archana once again said that this was a designer’s outfit. To which Kapil said, “Yes this is a designer’s night suit.”

The famous comedian, however, bailed Archana out of her misery by paying rich compliments as he said, “You are indeed looking beautiful.”

During the episode, Archana played a video from an earlier broadcast where Kapil was seen flirting with Nora Fatehi. Addressing Terence, Archana said that she wanted to play a video. In the video, Kapil was seen taking a dig at Terence, who too was targeted with cruel jokes from comedian Bharti Singh for flirting with Nora Fatehi when she replaced Malaika Arora breifly on India’s Best Dancer reality show. This prompted Kapil to ask Archana, “Are you running short of your Instagram videos that you’ve now started playing my videos too?”

Later in the show, Kapil performed a song from Ishqiya for Geeta Kapur, prompting Archana to say, “We should now leave the show (to leave Kapil and Geeta) alone).” Kapil responded, “Yes, you should have left (the show) by now.”

Archana had replaced Navjot Singh Sidhu as the judge of The Kapil Sharma Show. Her popularity soared during the nationwide lockdown when she began to share home videos. Her number of followers recently skyrocketed to one million.