Singer Sona Mohapatra has lashed out at Sara Ali Khan’s co-star Kartik Aaryan for allegedly trivialising domestic violence in his latest lockdown video. Faced with widespread condemnation, Kartik deleted the video. But this has not stopped his critics from criticising the Pati Patni Aur Woh actor. 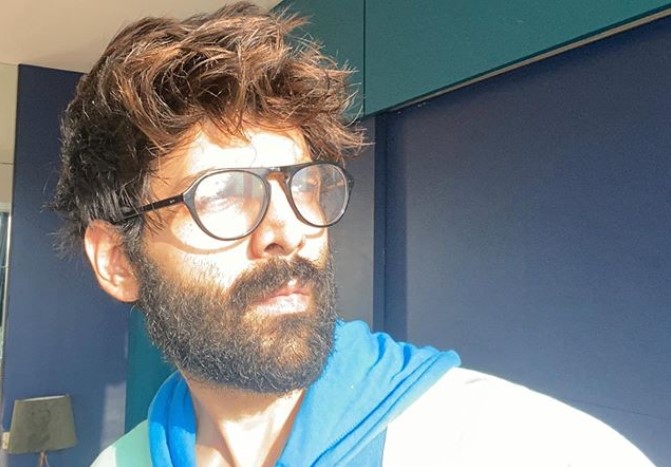 In the video (see below), Kartik is seen expressing his displeasure at his sister Kritika Tiwari for not being able to make a decent chapati, prompting him to resort to physical violence by pulling her hair. In the end, Kritika is shown to have been thrown out of the building with only a rolling pin left in Kartik’s hand.

The video, which was meant to entertain his fans, ended up triggering a full-blown controversy with several celebrities launching a tirade against Kartik. Leading the pack was singer Sona Mohapatra, who accused Kartik of acting in ‘misogynistic’ films and making fun of domestic violence. She wrote on Twitter, “This guy has become a youth idol by consistently ?ing in misogynistic films &is happy 2extend it to his disgusting #lockdown video. DV in India is skyrocketing many women stuck 24/7 with their http://abusers.Call this out #India.He influences many more millions than Tangoli.”

Filmmaker Onir wrote, “Idiotic .. someone should tell him since he is too dumb to understand that a lot of responsible Film industry members have put out a message against domestic violence and this is NOT FUNNY . But then who are we taking to.”

Kartik had courted controversy the last time his critics raised objections to a dialogue in his last film Pati Patni Aur Woh, accusing the makers of making fun of marital rape. This was after Kartik was seen saying in the trailer video, “Biwi se sex maang lein toh hum bikhaari. Biwi ko sex na de toh hum atyachaari. Aur kisi tarah jugaad laga ke usse sex haasil kar lena toh balaatkari bhi hum hai. (If we ask the wife for sex then we’re called beggars, if we deny them sex, then we’re called tormenters, and if we force them into having sex with us, we’re called rapists).”

Faced with criticism, the makers had to delete the controversial portion from the film.