Siddharth Shukla was left shell-shocked in a secret room of the Bigg Boss house after Asim Riaz betrayed Mahira Sharma in the post office task for the role of captaincy. Asim’s action stunned everyone since Mahira had surprised everyone with her act of generosity as she refused to destroy the former’s letter. 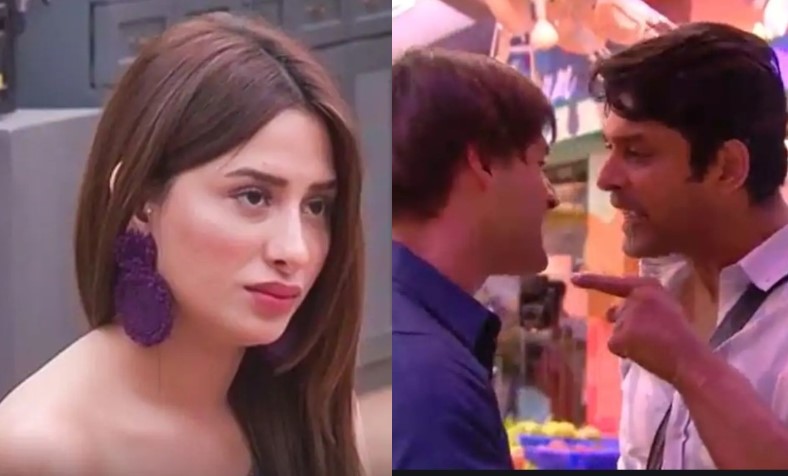 Earlier in the programme on Wednesday night, Mahira had found Asim’s letter. She had the option of destroying his letter to secure her candidature for the captaincy role. But she said that she had to respect Asim’s emotions and, therefore, was handing over the letter to him even though the two haven’t been great friends in the reality show.

However, the very next moment, Asim found Mahira’s letter. Contrary to everyone’s expectation that he will reciprocate Mahira’s act of generosity, Asim stunned everyone by not wasting a second in destroying her letter.

Siddharth and Paras Chhabra, who were watching the goings-on from the secret room were left aghast. Siddharth kept muttering, “But she just gave him (the letter).” Paras, whose friendship with Mahira has been a topic of intense discussion all throughout this season, was seen hurling abuses at Asim. The makers of the reality show had to beep his abuses.

Asim faced wrath of some of the housemates including Aarti Singh, but he later went to Mahira to explain why he needed to destroy her letter. He promised to return her favour at some point.

Siddharth was heard asking Paras to admonish Mahira for her decision to hand over Asim’s letter to him. Paras said that he will speak to her sternly when he returns to the house.

Asim also approached Shefali to apologise for his shouting earlier in the programme. He also promised to stand by her as he hugged Shefali. It seems that both have mended fences and returned to being friends once again.

Interestingly, Siddharth had reacted with sadistic laughter when a fight between Asim and Shefali had broken out earlier in the week.

Asim, Rashami Desai, Vikas Gupta and Shefali Jariwala were selected as the candidates vying for the next captaincy.