A day after Siddharth Shukla passionately hugged his special ‘friend’ Shehnaaz Gill in the confession room while returning to the Bigg Boss house, the Dil Se Dil Tak actor had to face a painful heartbreak as a result of the betrayal by the contestant, who claims to be the Katrina Kaif of Punjab. This was after Shehnaaz publicly pronounced her love for Paras Chhabra in Siddharth Shukla’s presence. 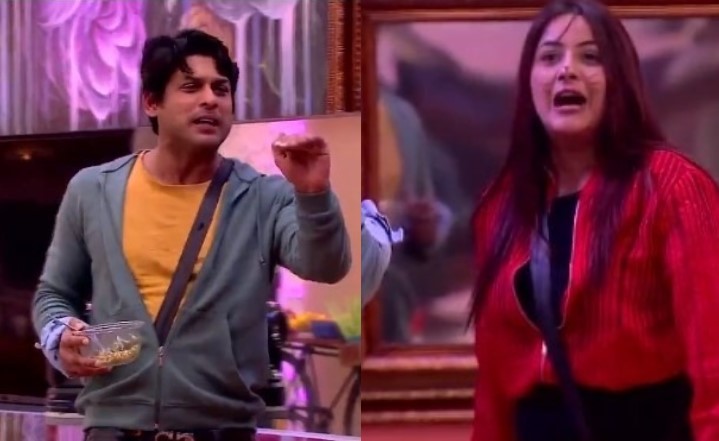 It all started after Shehnaaz complained that Paras was hell-bent on making Mahira Sharma the next captain. She told Paras that he had disrespected her feelings despite knowing that she loved him. With Siddharth and Mahira standing next to her, Shehnaaz told Paras that she had publicly pronounced her love for him and yet he wasn’t helping her to become the next captain of the house.

Shehnaaz’s confession to being in love with Paras, who said that he was in love with Mahira, did not go down well with Siddharth, who was under the impression that the so-called Punjab’s Katrina Kaif loved him.

Little later in the show, Siddharth finally made his displeasure known to Shehnaaz as he accused her of treating him in the same manner that Paras had treated her in the past. He was referring to the time when Paras dumped Shehnaaz Mahira. A visibly hurt Siddharth said that Shehnaaz had only kept him as an option but she, in fact, loved Paras.

Elsewhere in the show, Asim Riaz and Vishal Aditya Singh were seen reminding Paras about the favours done to him by Shehnaaz and her soft spot for him.

The captaincy task also saw a bitter fight erupt between Rashami Desai and Shefali Bagga, who later went on to destroy the items being used in the task.