The Shiv Sena has taken a dig at its alliance partner, the BJP, even as the political uncertainty over the formation of government in Maharashtra continues. The editorial of the Shiv Sena mouthpiece, Saamana, took a potshot at the Centre’s BJP government for the gloomy mood in the market during this year’s Diwali. It did so by borrowing an iconic dialogue from film Sholay starring Amitabh Bachchan, Dharmendra, Hema Malini and Jaya Bachchan. 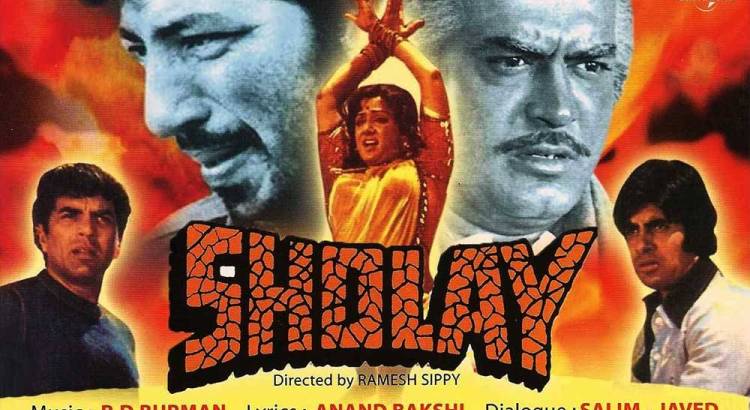 Borrowing an iconic dialogue from film Sholay, the editorial in Saamana asked, “…Itna sannata kyon hai bhai?” (why is there so much silence).”  The Shiv Sena’s mouthpiece also wondered if worse days were yet to come.

In Sholay, late AK Hangal (who was a blind maulavi) had delivered this line addressing the villagers, who gathered around a horse carrying the dead body of his son, killed by Gabbar Singh (played by late Amjad Khan).

The Shiv Sena blamed the government’s questionable economic policies including the faulty rollout of GST for the prevalent doom and gloom in the Indian economy. “Markets have lost their shine as sales figures have dropped by 30 to 40 percent due to the looming fear of a slowdown. Industries are suffering while some manufacturing units have closed down, leading to joblessness,” news agency PTI quoted excerpts of the editorial. 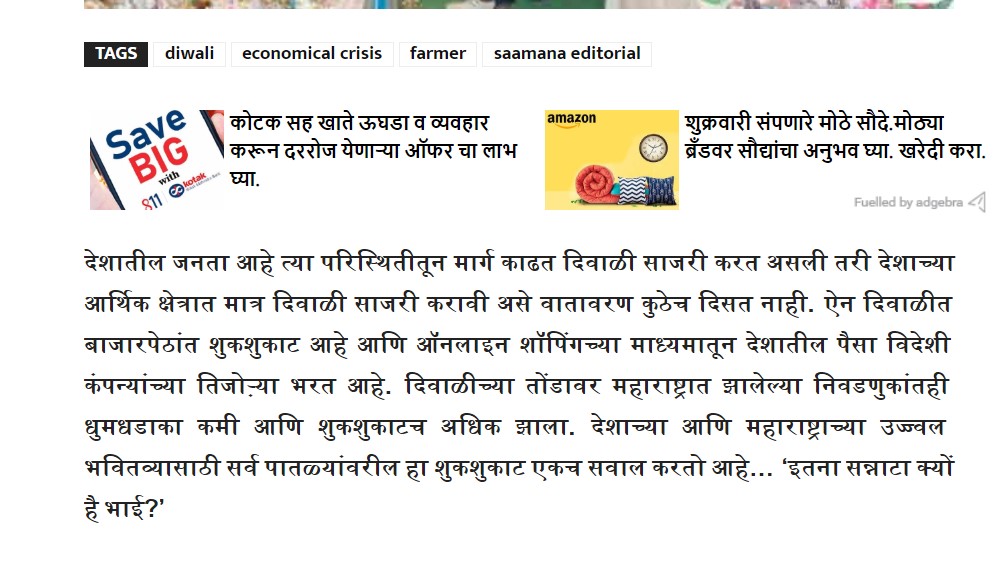 Meanwhile, both the BJP and the Shiv Sena have failed to finalise a deal over the formation of government in Maharashtra days after the results for assembly polls were announced. There are reports that the BJP is reluctant to accept the Shiv Sena’s 50-50 formula whereby both parties will have their chief ministers on a rotational basis.

The governor met the leaders of the two parties separately on Monday. Devendra Fadnavis of the BJP tweeted, “Met Hon Governor Shri Bhagat Singh Koshyari ji this morning at RajBhavan, Mumbai and wished him on occasion of #Diwali . Also apprised him on the current scenario.”

The BJP had won 105 seats in the just-concluded assembly polls while the Shiv Sena got 56 seats in the 288-seat Maharashtra assembly.