The goings-on in the Bigg Boss house had turned dramatic after Shehnaaz Gill aka Punjab’s Katrina Kaif was seen ‘torturing’ Siddharth Shukla with a bathroom wiper. Her action left Siddharth incredibly annoyed since this took place in the presence of Rashami Desai. 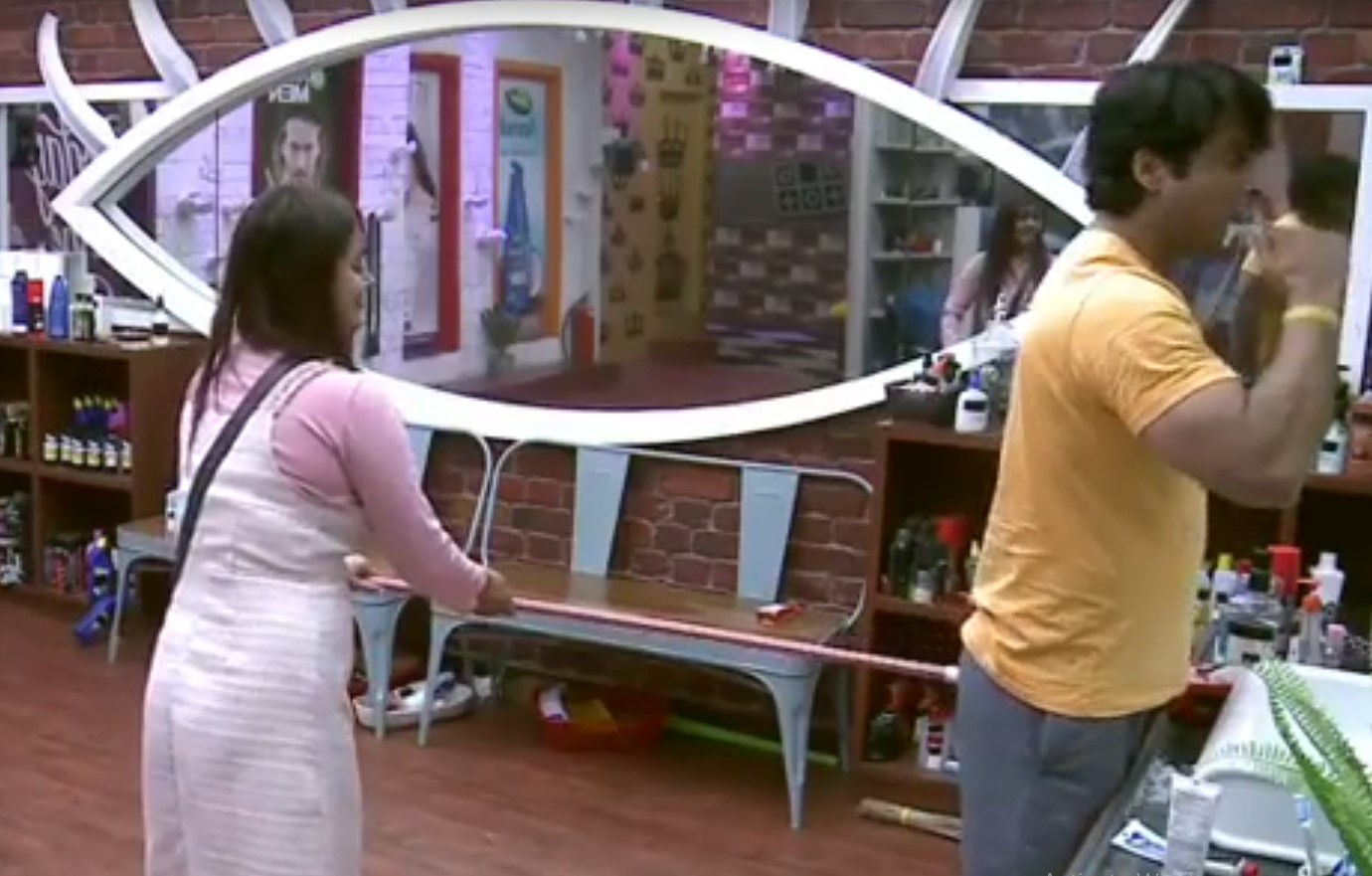 The promo broadcast by Colors TV showed Shehnaaz holding a bathroom wiper and trying to clean Siddharth. A visibly exasperated Siddharth was seen asking Shehnaaz to stop troubling him but to no avail. Siddharth was heard saying, “Don’t do it. Are you out of your mind?” Unaffected by Siddharth’s chiding, Shehnaaz kept repeating her act while laughing out loud.

She told Siddharth, “I am cleaning you, giving a bath in river Ganges.” It was at this time when Rashmi Desai entered the washroom area. Siddharth asked Shehnaaz to clean Rashami. To which she replied, “I can’t do this to her since I don’t have as much of a comfort level with her as I have with you.”

When Shehnaaz kept repeating her act, Siddharth shouted one more time and said, “Shehnaaz please.” She replied, “I am doing your grooming.” Rashami intervened and said, “Don’t do so Shehnaaz.”

Shehnaaz told Siddharth, “Oh, even she is feeling bad for you.”

Thursday night’s episode saw Shehnaaz and Arti Singh bathe together prompting Siddharth to take a swipe at them as he commented, “Wah Kya Baat hai!” This was after the endurance task when contestants had their faces and body smeared with spices and talcum power by Paras Chhabra. This was to force them to leave their turtle shell.

Friday’s episode will see Siddharth and Asim fight it out one more time.