BJP’s controversial spokesperson Sambit Patra has landed himself in trouble after he was found to be campaigning in Puri by holding the idol of Lord Jagannath. This, according to experts, is a blatant violation of Model Code of Conduct, that kicked in with the announcement of the Lok Sabha poll dates on 10 March. 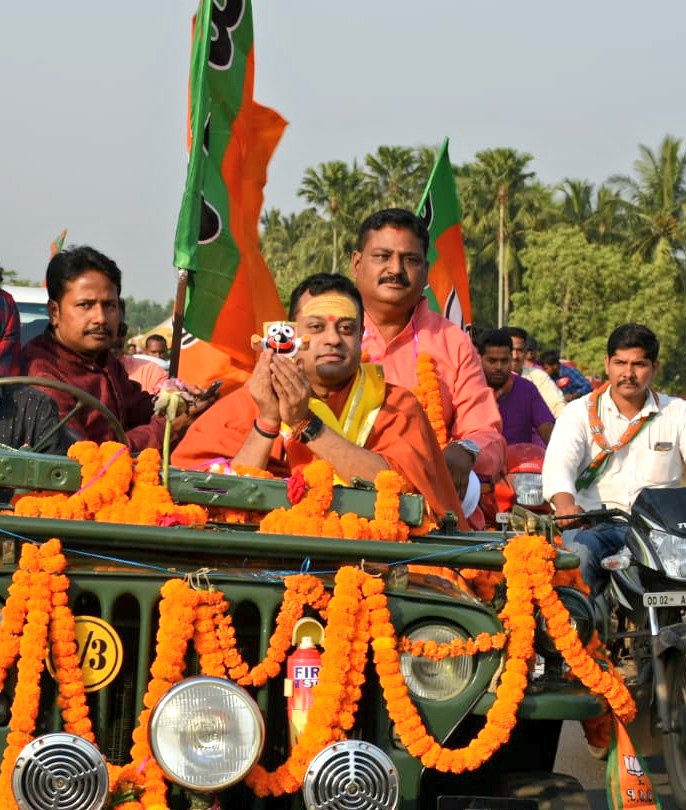 Patra was seen holding the idol of Lord Jagannath when he led a rally of his supporters in Puri. Taking exception to Patra’s act, the Congress has approached the office of Chief Electoral Officer in Odisha, demanding action against Patra.

Day after the BJP’s Central Election Committee announced the controversial party spokesperson’s name as a candidate from Puri, Patra was seen taking out a procession consisting of hundreds of bikes and cars bearing BJP flags. He had wrapped himself with saffron stoles as he interacted with his supporters. Among other things, he had also displayed the idol of Lord Jagannath while riding an open jeep.

The image of Patra holding the idol during his election rally was also tweeted by the official Twitter handle of BJP’s Odisha unit.

Prime Minister Narendra Modi was expected to first contest from Puri as well as Varanasi. But the party later announced Patra’s name from Puri. This is his first foray in the electoral battle for a Lok Sabha seat.

By using a famous place of worship for Hindus to seek votes before prominently displaying the idol of Lord Jagannath, Patra may have indeed violated the MCC.