Patanjali founder Ramdev on Wednesday lost cool and threatened a reporter, who sought to expose the self-proclaimed yoga guru’s past claims of reducing petrol prices to Rs. 40 per litre if people voted Narendra Modi to power in 2014. 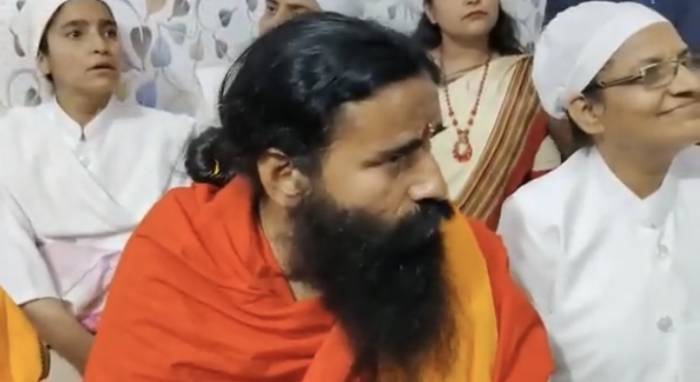 In a viral video, Ramdev is seen losing his cool at a reporter because he reminded the Patanjali founder about his past claims that Modi will be able to reduce petrol’s price to Rs 40 per litre of people voted the Congress out of power.

Not impressed with the reporter’s question, a visibly agitated Ramdev replied, “ Yes I said those things that time, but I don’t wish to comment on that now. What can you do?”

He didn’t stop here. Threatening the reporter, Ramdev said, “It wouldn’t be nice of you ask me that question again.”

He then dragged the reporter’s parents by saying, “You mustn’t indulge in such rude behaviour. You are a son of some civilised parents.”

Among those who had actively sought votes for the BJP by demonising the Congress-led UPA, blaming it for the rise in fuel prices, was Ramdev. There were also allegations that Ramdev had even funded the BJP’s campaign. This was after a BJP candidate was seen asking for money during an election rally. The BJP candidate’s conversation with Ramdev was recorded by a stringer camera.

When the show’s host seeks to grill him for making fanciful claims about India’s future, Ramdev shuts him up by claiming to be an economist. “Are itna arthshastra to ham ne bhi padh rakha hai Rajat ji,” he concludes causing a huge laughter among the audience.