Patanjali founder Ramdev targeting his competitors such as Hindustan Unilever in the past through his TV ads is not a new phenomenon. But on Thursday, the controversial Yoga guru extended his support to a campaign launched by Hindutva brigade on social media against Hindustan Unilever after the Indian consumer goods giant posted a heartwarming video ad laying emphasis on the respect and care for parents. 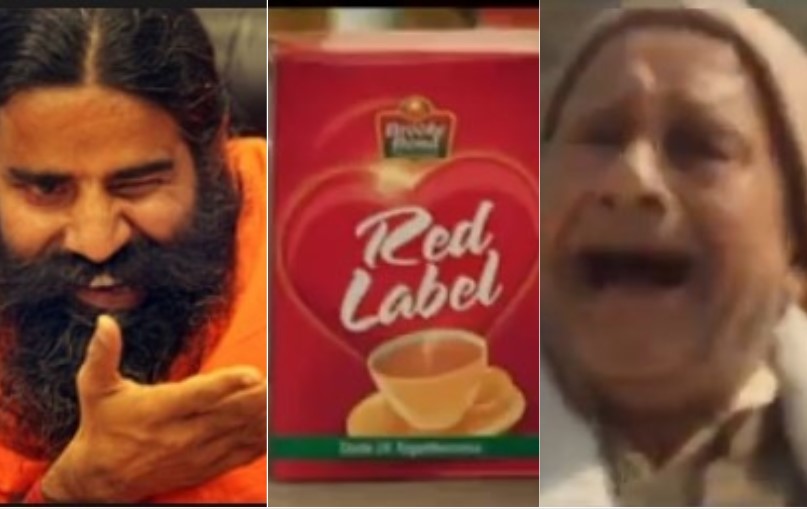 While posting the video, the company tweeted, “Red Label Chai encourages us to hold the hands of those who made us who we are. Watch the heart-warming video #ApnoKoApnao.”

.@RedLabelChai encourages us to hold the hands of those who made us who we are. Watch the heart-warming video #ApnoKoApnao pic.twitter.com/P3mZCsltmt

In the video, a son is seen attempting to desert his elderly father in the ongoing Kumbh Mela. However, he comes across another father tying his small child’s hand to himself so that he is not lost in the huge crowd. Feeling ashamed on his act to leave his elderly father, the son in the video returns to look for him and finds him waiting with a cup of tea. Seeing his son return, the elderly father says, “See, I had ordered two cups of tea because I knew your will return.”

The video has been beautifully shot to drive home a point that we must look after our parents the way they cared for us when we depended on them for every single need, the Hindutva brigade detected an opportunity to slam the company as it happens to the rival of Patanjali, owned by another mascot of Hindutva group in India. 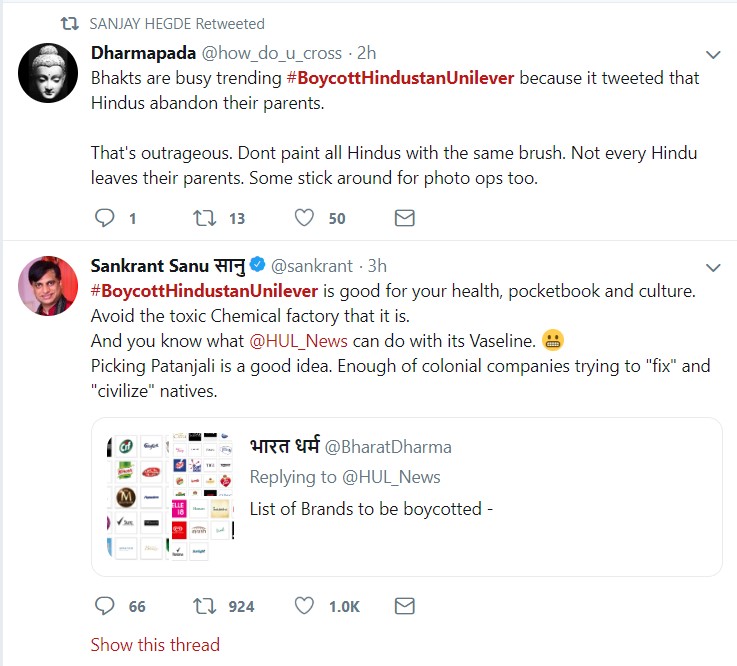 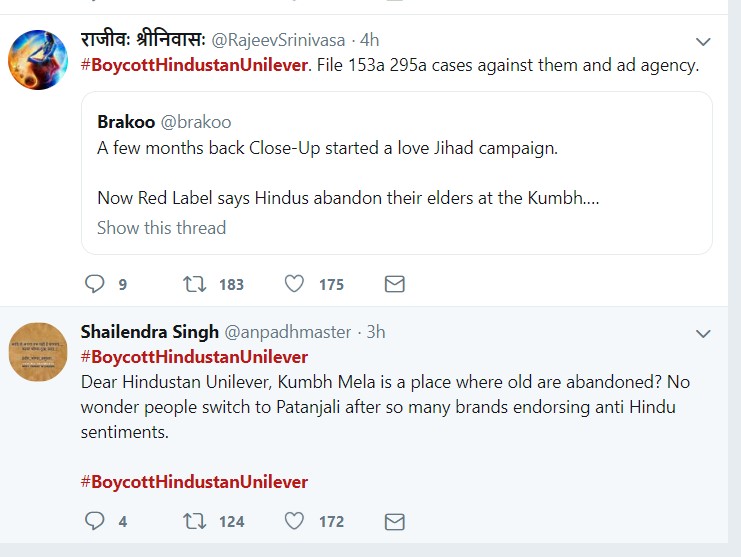 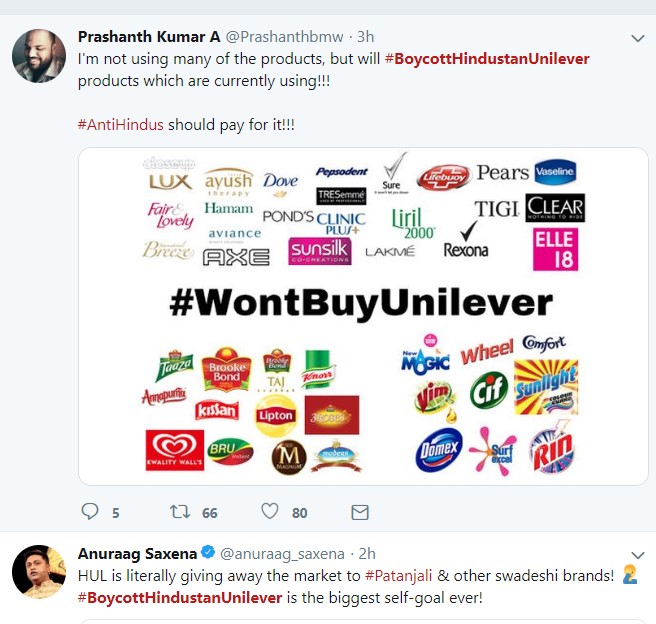 Joining the campaign to boycott Hindustan Unilever was Ramdev, who tweeted using the trending hashtag, “From East India Co to @HUL_News that’s their true character. Their only agenda is to make the country poor economically & ideologically. Why shld we not boycott them? For them everything, every emotion is just a commodity. For us parents are next to Gods #BoycottHindustanUnilever.”

Hindustan Unilever has not reacted to the allegations of hurting Hindus’ sentiments.