Stars descended upon Antilia, the official residence of Asia’s richest family, as Mukesh and Nita Ambani, welcomed Mumbai’s who’s who for their first Ganesh Chaturthi festival after their children Akash and Isha were married to Shloka Mehta and Anand Parimal. The internet has been flooded with photos and videos of the star-studded event with Shloka Mehta seen performing the aarti behind her mother-in-law Nita Ambani. 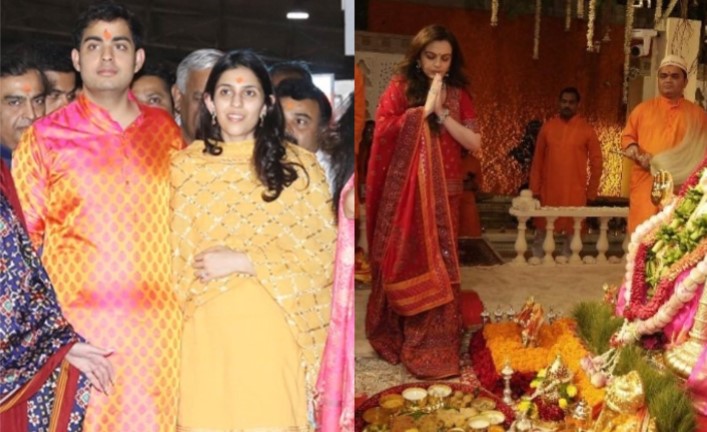 Nita Ambani arrived with Radhika Merchant, her to-be daughter-in-law, as they posed for the waiting photographers. While Radhika had chosen a maggie-sleeved embroidered red choli with a fully embellished matching lehnga with ghera and a dupatta, Nita Ambani was dressed in half-sleeved red long choli and matching lehenga with dupatta. Nita Ambani firmly held Radhika’s hand even she gave a few instructions to her staff present there.

The richest woman of India also made a brief appearance to pose with her daughter Isha Ambani-Piramal. 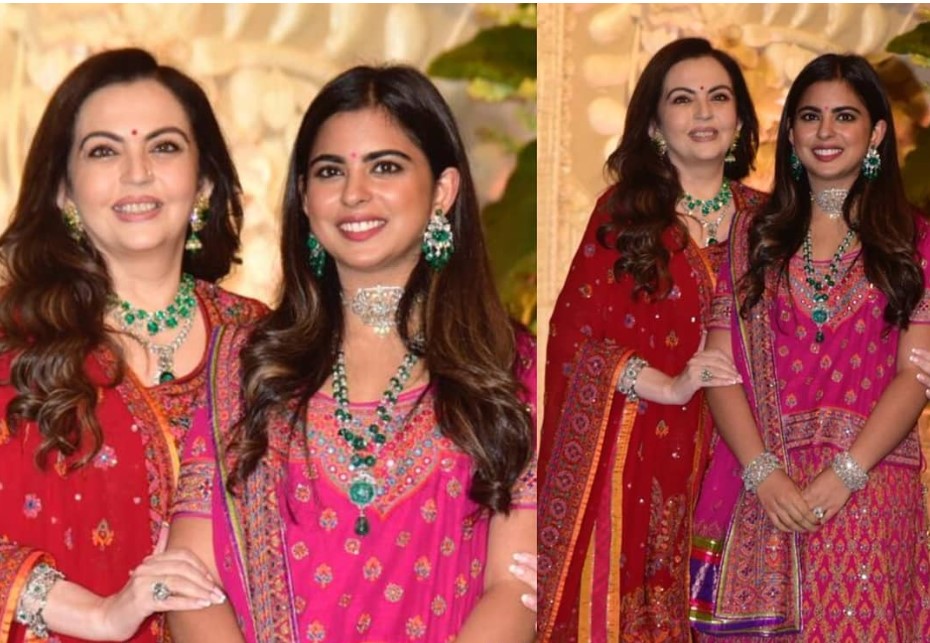 In contrast, Shloka was seen standing in the second row during the puja with her husband Akash and father-in-law Mukesh Ambani. Radhika and Anant occupied the front row alongside Nita Ambani during the prayers.

Shloka had married Akash in March this year, while Isha and Anand tied the knot last year. 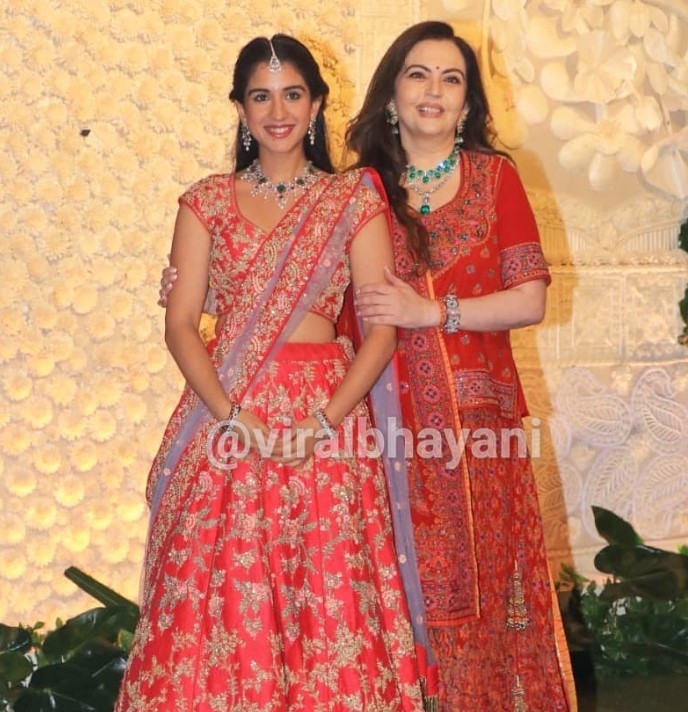 Although it is quite possible that the camera may not have captured Shloka occupy the center-stage at Antilia, pictures that surfaced clearly displayed an inclination towards the to-be junior bahu. Until last year, Shloka was seen celebrating the festival with Nita Ambani. In one viral throwback video, Shloka was seen enjoying the celebrations of the festival at the residence of Mukesh and Nita Ambani. Dressed in a full-sleeved light green Anarkali suit, Shloka was seen clapping to the beats as music is played in the premises of her then to-be in-laws’ house.