Punjab Chief Minister Bhagwant Mann had to be admitted to a posh private hospital after he fell unwell. According to news agency ANI, Mann was checked for stomach ache but doctors later diagnosed him with an infection. He’s being treated at Delhi’s Apollo Hospital. 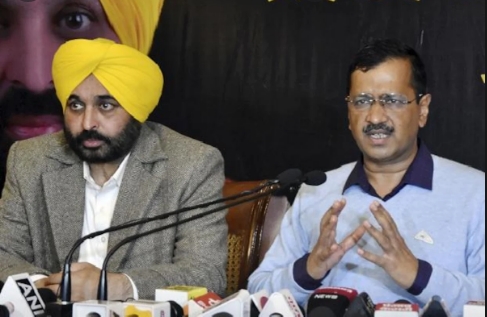 However, the news of Punjab Chief Minister choosing to get himself treated at an expensive private hospital did not go down well the critics of AAP chief Arvind Kejriwal. Social media users mocked Kejriwal for his claims on causing a revolution in the health sector.

Many users shared an old video of Kejriwal, who could be heard saying, “Today, when people fall sick, they don’t go to Apollo or Max hospitals. They prefer to get themselves treated at Delhi’s government hospitals.”

Others wondered why Mann did not get himself treated at a government hospital in Punjab.

Bhagwant Mann admitted to Apollo Hospital New Delhi for a “routine check up” says this news item.
Why would he not get this “check up” done in PGI Chandigarh?https://t.co/v9Mhho1yYR

Punjab CM Bhagwant Mann was admitted for treatment in Delhi’s Apollo Hospital after he felt unwell.

Mohalla Clinics and Govt Hospital didn’t admitted him as Apollo Hospital is for Poor People.#KejriwalFailsDelhi

Mann was recently in the news for his second marriage with Dr. Gurpreet Kaur. Several AAP leaders including Kejriwal had attended the wedding function, held in Chandigarh.