Shahid Kapoor’s wife Mira Rajput has triggered a full-blown controversy on the internet after many fans alleged that she had mocked what was a serious psychological disorder. This was after Mira wore a new shirt which likened to having a ‘split personality’ because of its two different colours. Enraged by Mira’s alleged flippancy, fans began to incessantly troll her with some advising her to receive ‘proper education rather than marrying a celebrity.’ 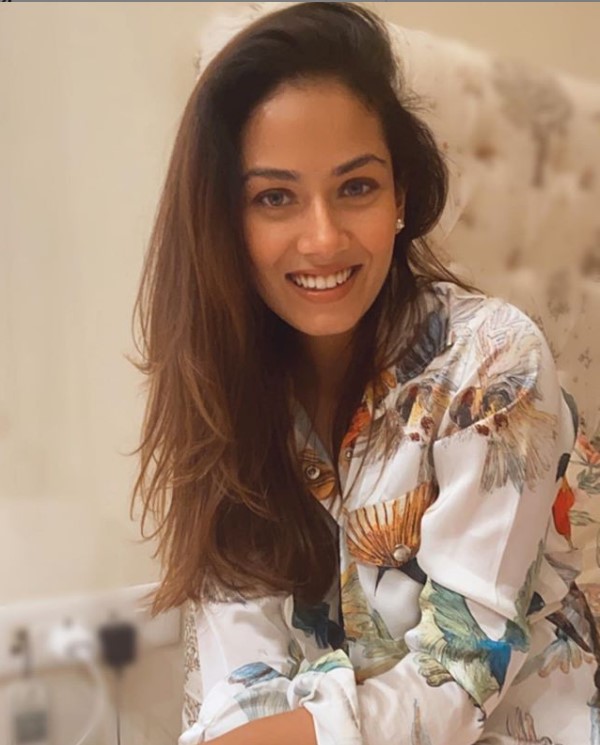 Mira had shared a photo of herself on Instagram as she wrote, “Split personality. Also gave myself a haircut. #tamethesplits #punintended.” In the photo, she was seen wearing a shirt with two different colours. While the right side of her shirt was light green, the left was plain and light blue.

Even though Mira used hashtag #punintended to clarify that the post was being shared in jest, her fans appeared brutal in their criticism. One wrote, “Split personality is an actual disorder and not a funny caption.” Another commented, “Its funny how on one hand these celebs endorse mental health awareness n on another hand use captions like these!!! Mental health disorders are a major issue n should not be joked about!!!!!”

“Awe my gosh, this woman here thinks it’s cool to use split personality as caption.. it’s actually a disorder this is why proper education is important rather than marrying a celebrity at early age,” commented another fan.

There were some, who accused her of being high on drugs. In a reference to the recent leaked WhatsApp chat of actor Deepika Padukone, one wrote, “Thoda Mal hame Bhi dedo.” Another commented, “Mal he kya aunty ji???”

Mental health has become a topic of intense discussion on the internet since Sushant Singh Rajput died by suicide on 14 June. It was alleged that Sushant was suffering from depression, that led to his tragic death.