Bollywood superstar Priyanka Chopra recently celebrated her 37th birthday. However, days later, the Quantico star is facing an incessant trolling after a photo of her smoking cigarette went viral. 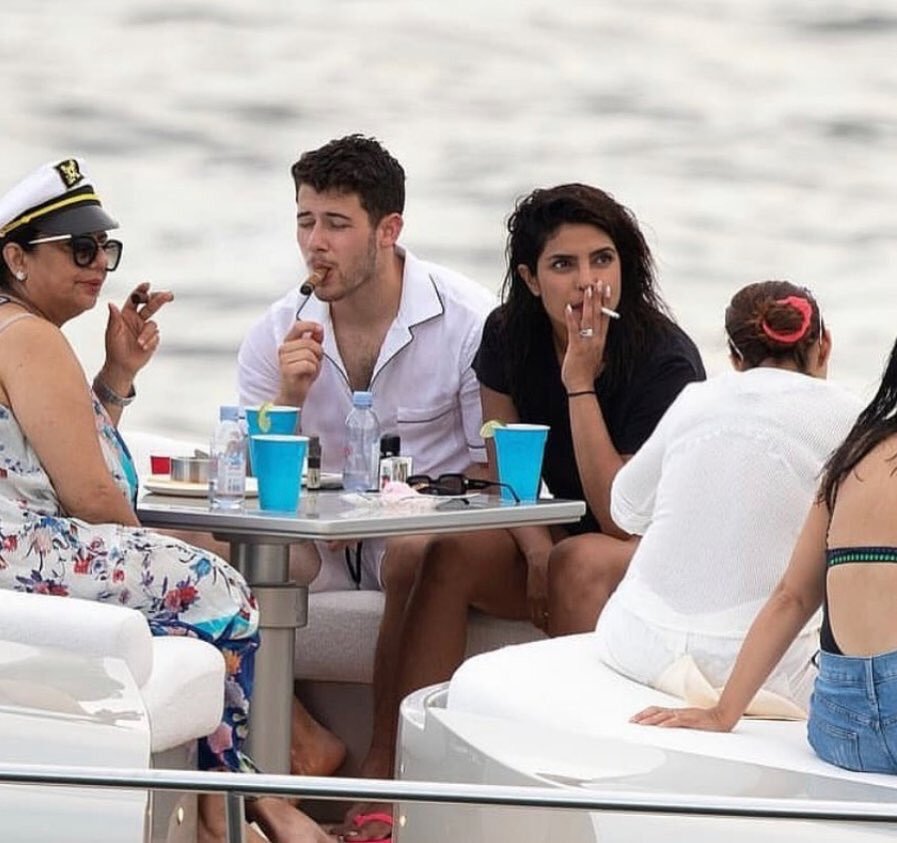 In the viral photo, Priyanka is seen seemingly enjoying her birthday party with her husband Nick Jonas and mother Madhu Chopra. Priyanka can be seen holding a cigarette. Her mother, on the other hand, is also seen smoking what appears to be a cigar along with her son-in-law Nick.

No sooner did the photos go viral, her haters began to target her accusing the popular star of hypocrisy. Many took potshots at her for her message in the past requesting for a pollution-free Diwali. Others reminded her how smoking cigarette was bad for her health in light of own admission that she suffered from asthma since her childhood.

Priyanka Chopra trying to cure the Asthma she developed on Diwali! pic.twitter.com/ifvKNNiwpE

priyanka chopra has a rare variety of asthma which precipitates only with crackers especially on diwali and not by smoking cigarettes pic.twitter.com/62p1FBfwBb

Priyanka Chopra:The perfect Hindu-hating bollywood liberal.She comes up with videos before Diwali telling she has asthma & can’t breathe each Diwali due to pollution but posts video smooching Nick on new year Eve with crackers bursting in the background. Now smoking cigarettes ? pic.twitter.com/t6SYB7dqH4

However, there were many who came for her defence.

So #PriyankaChopra was pictured smoking..Can’t a woman make independent choices without being trolled ! Maybe she did not smoke before, maybe now or maybe she was just taking a drag.. leave her alone !!
She is an #Indian icon.. she has achieved What few Indians have !!

I see, some idiots trolling Priyanka Chopra for smoking a cigarette in her private space while she once did an ad urging low pollution on Diwali. The joke is on you if you take these ads seriously, most celebs don’t use the products they endorse. They are plain business people.

This is not the first time that Priyanka has found herself in the line of fire from social media trolls. Last year, many including a BJP MP had advised her to leave India after she visited a Rohingya refugee camp in Bangladesh.

Priyanka got married to Nick Jonas last year. On the work front, the Desi girl will soon be seen in The Sky Is Pink, which is directed by Shonali Bose and co-produced by Siddharth Roy Kapur. The film also stars Farhan Akhtar and Zaira Wasim.