Actor Prateik Babbar was forced to delete a semi-nude photo of himself with his newly-wed wife Sanya Sagar after the actor faced brutal trolling on internet. Prateik, who tied the knot with Sanya in January this year, had posted a photo of himself with seemingly topless wife on Instagram on the Valentine’s Day. 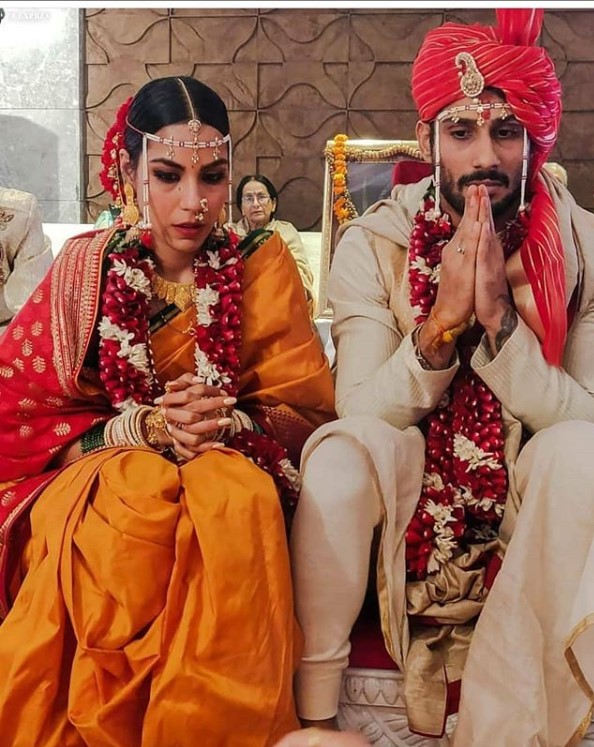 However, as expected, the actor began to face merciless trolling as many accused him of seeking cheap publicity at the cost his wife. Faced with public outrage, Prateik deleted the photo.

In the photo, Prateik is seen holding his wife by covering her modesty by wearing only his undergarment. His wife too is seen only in her thong as she attempts to click a selfie in front of a mirror. His caption read, “More like it!.. happy valentines!”

One user, according to India.com website, asked, “How can you pose for such a pic?,” while another wrote, “Really awful. Just for publicity.”

Both Prateik and Sanya got married on 23 January with the former’s actor-politician father Raj Babbar attending the function in Lucknow, the home town of Sanya. Both have dated each other for over a decade.

4 more shots please Remark: Gone Girl Rating: 2.5/5 Cast: Sayani Gupta, Bani J, Kirti Kulhari, Maanvi Gagroo Genre: Drama Synopsis: The story of 4 imperfect women and how they handle their work, urges, love life, priorities and their friendship in the modern world, based in the town of stories, Mumbai. Thumbs Up?: The 4 lead girls have done exceptionally well playing their parts. The light, colours and shots have been captured perfectly. Its one of those care free series, where you enjoy by correlating to the character. Thumbs down ?: Goa has been depicted for Babes, Booz and Beach, which is so not true. After some eposodes you tend to just give up on the plot and story. The Series never eventually gets to the point and just hovers over desires and sex. Comments: The cast does good. A special mention to Prateik Babar and Milind Soman. The series has its raw ends as well some really fancy and glittery parts. The Bar scenes are just too good and you really wish if you were in it too. Quickwords: 4 More Shots Please is a series that I wouldnt recommend as a must watch, but if you have no reason to be happy or you have given up on you life, this series will not harm you, it may just make you smile. Follow @atthemoviess for more updates and reviews #4moreshotsplease #sayanigupta #kirtikulhari #banij #maanvigagroo #prateikbabbar #milindsoman #mumbai #worklife #desires #sex #goa #beach #sand #getaway #friendship #friends #amazonprimevideo #amazon #amazonprime #amazonoriginalseries

Sanya, on the other hand is a short film producer and has also directed several music videos.