Billionaire Patanjali chief and a close aide of Ramdev, Balkrishna, has reportedly suffered a heart attack and has had to be admitted at the AIIMS in Uttarakhand’s Rishikesh on Friday. 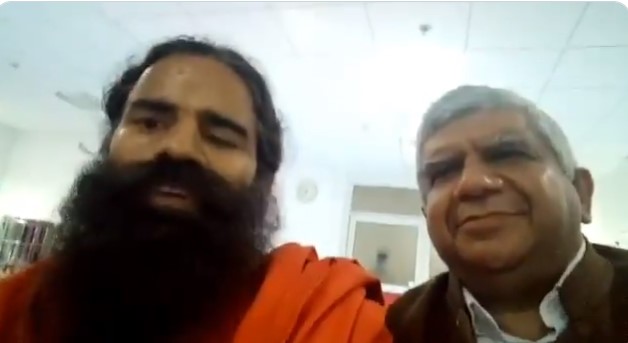 Balkrishna was first taken to a hospital in Haridwar as he complained of chest pain, reported NDTV. But, the doctors there referred him to the AIIMS in Rishikesh, where he is reported to have been taken to the emergency ward.

Meanwhile, Ramdev took to Twitter refute reports of his friend suffering from a heart attack. He wrote on Twitter, “Grateful to those who have expressed their concern for Acharya Balkrishna’s health. A person had brought a sweet on the occasion of  Janamashtmi. He fainted after consuming that sweet. Now his condition is coming back to normal slowly. With your prayers and the blessings of God, Acharya will recover soon.”

47-year-old Balkrishna is of Nepali origin was included in the list of billionaires in 2017 after Patanjali’s earnings soared.

On 21 August, Balkrishna had tweeted about the benefits of Tulsi in preventing heart attacks. This is what he had tweeted:

According to Forbes’ 2017 list of billionaires, Balkrishna’s net worth was estimated to be $4.8 billion as he owned 98.6% of the privately-held company, which he co-founded with politically well-connected yoga guru Baba Ramdev.