Actress Vidya Balan has broken her silence on the Cobrapost’s Operation Karaoke and why she turned down the offer of the website to use her social media accounts to push a political party’s agenda in exchange of money. 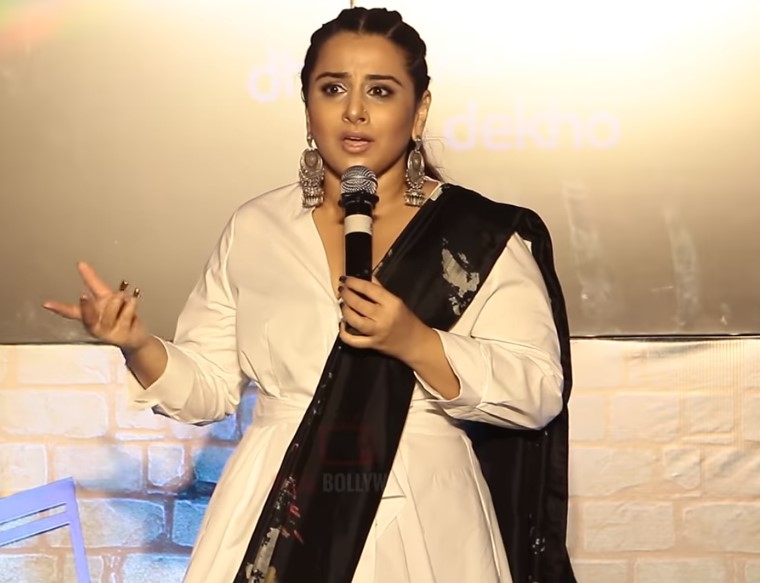 She told reporters at a recent event, “I don’t want to pass a judgement about any one. All I want to say is that I am uncomfortable doing it, which is why I didn’t do it. To each is own. May be they didn’t even realise the magnitude of what they were doing. That’s because today everyone is commenting on everything on social media.”

She also said that it was inappropriate for her to cast aspersion at those who were exposed by by undercover reporters of Cobrapost. She said, “We shouldn’t be the judge, jury and executioners at the drop of a hat. To each is own. I couldn’t do it, so I didn’t do.”

Cobrapost had approached Vidya, asking her to push a political party’s agenda in exchange of money by using her social media accounts. Her manager Aditi had later told Cobrapost that Vidya wasn’t willing to agree to their offer since she was ‘not interested in doing any kind of political PR.’

She had said, “I am sorry for being blunt, but Vidya doesn’t get involved anything related to politics even if it’s commercial.”

An investigation by Cobrapost website last Tuesday had exposed how as many as 36 celebrities belonging to the entertainment industry had agreed to accept black money to promote the agenda of a political party by using their social media pages.

Vidya was among those four actors, who had refused to sell their soul for money. The other three were Raza Murad, Arshad Warsi and Saumya Tandon.

On the professional front, Vidya’s next few films, to be released this year, will be Tamil film Thala 59 and Bollywood films Mahila Mandali, Dhamaal 2 and Mission Mangal. She will also be seen hosting a show on Big 92.7 FM titled Dhun Badal Ke Toh Dekh.