Shloka Mehta has given birth to a baby boy little more than a year after tying the knot with Nita Ambani’s son Akash Ambani. While celebrating Shloka’s first birthday as the Ambani daughter-in-law last year, both Akash and his father Mukesh Ambani had hinted at her motherhood. 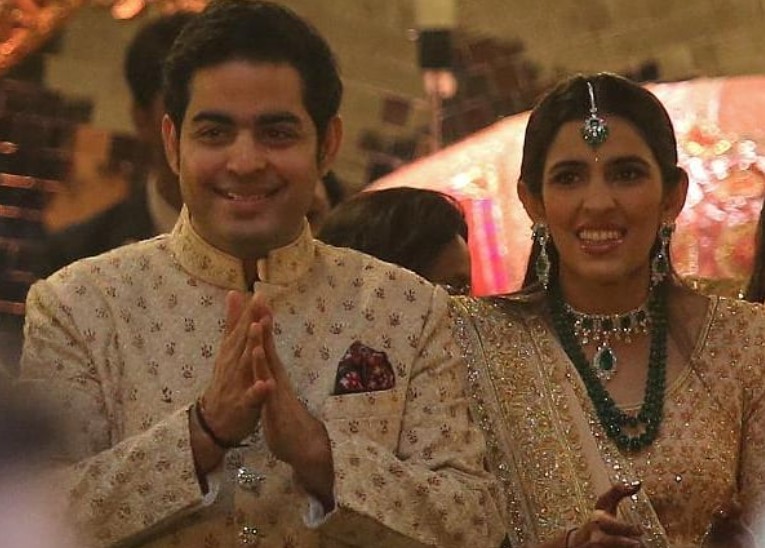 A statement from the Ambani family read, “Nita and Mukesh Ambani are delighted to have become grandparents for the first time, as they welcome the great-grandson of Dhirubhai and Kokilaben Ambani.”

It went on to add that Shloka and Akash Ambani became proud parents of a baby boy on 10 December in Mumbai, adding that both mother and son were doing well. “The new arrival has brought immense joy to the Mehta and Ambani families,” the statement added.

Shloka was absent from the public glare for the most part of 2020. The affable daughter-in-law of Mukesh and Nita Ambani was also absent from this year’s IPL competition, held in the UAE. Her husband Akash and Nita were seen cheering Mumbai Indians to win the title for the fifth time.

Last year, a birthday video made by Mukesh and Nita Ambani to mark the first birthday of their daughter-in-law, Shloka Mehta, had gone viral. One of the striking features of the video was Akash’s wink as he expressed his desire to be a father by 2020. Like Akash, Mukesh Ambani too had hoped to become a grandfather by next year. Not to be left behind, Akash’s brother Anant Ambani had expressed his desire to become kaka (uncle) when Shloka celebrated her second birthday as Ambani bahu.