Navika Kumar’s Times Now colleague Sushant Sinha was left red-faced after his own poll on Twitter predicted an overwhelming majority for the Congress. Arvind Kejriwal’s Aam Aadmi Party was placed poor third behind the BJP. 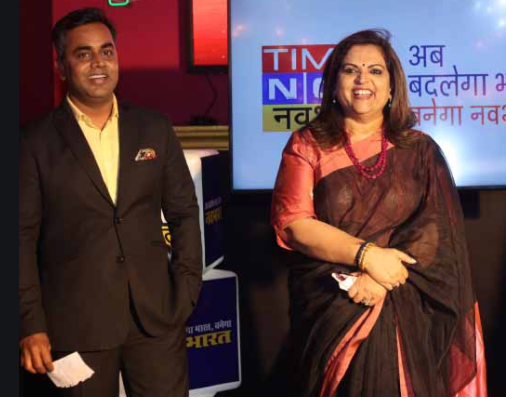 His poll received 1.22 lakh votes with 47.7% predicting a majority for the Congress against 35.5% in favour of the Captain-BJP alliance. Only 9.5 % people felt that the AAP would get a majority in Punjab. Times Now is one of those pro-BJP channels that have been receiving lucrative funds from Kejriwal through government ads.

Contrary to the AAP’s aversion, Kejriwal has been making frequent appearances on to the TV channel in recent times. This, according to many, marked Kejriwal’s transition from being a liberal politician to a potential leader of soft Hindutva.

As expected, Navika Kumar’s colleague began to face social media roasting after his Twitter poll did not help either Kejriwal or the BJP.

What do you say @SushantBSinha
Will you dare to show this on your show?
I doubt.
Sorry but you are what they call in Hindi a बिना पैंदे का लोटा। https://t.co/uK8QxwOOd9

Punjab is expected to go to polls early next year along with four other states including Uttar Pradesh, Uttarakhand, Goa and Manipur. The Election Commission on Thursday said that polls will go ahead as scheduled despite threats of another wave of pandemic looming large.