If you thought Disha Patani was by far the boldest Bollywood actress up until now, think again. Two prominent Bollywood actresses, Bhumi Pednekar and Kiara Advani, have decided to drop their dresses completely in favour of calendar photoshoots by Dabboo Ratnani. Kiara had famously dropped her original name Aaliya because of Alia Bhatt on the advice of Salman Khan. 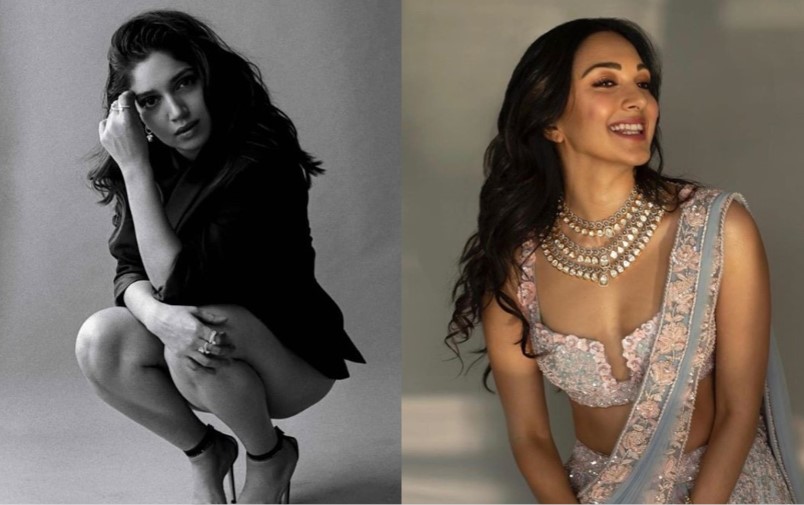 Sharing her topless photo while hiding her modesty behind a leaf, Kiara wrote on Instagram, “A leaf out of #DabbooRatnaniCalendar! @dabbooratnani @manishadratnani.” In the photo, Kiara stood behind a giant leaf while posing for the camera.

Dabboo later shared a video interview of Kiara explaining her photoshoot for his calendar. She said, “Hi, I am Kiara Advani, back shooting for Dabboo Ratnani’s 2020 calendar. My shot is all-natural, super green, a little sensuous.” Dabboo said that Kiara’s shot was his favourite.

Not to be outdone by Kiara, Bhumi too decided to go nude as she posed for the camera while lying inside a bathtub. She wrote, ” July 2020.” Dabboo also shared a video of Bhumi who was heard saying, “Hi, this is Bhumi shooting here for Dabboo’s 2020 calendar. It’s my debut here. What a bloody fantastic shot. I can’t wait for all of you to watch it.”

Explaining her shot, she said, “My shot is exotic, beautiful, sensuous. Best debut ever. It deserves a crown.” Dabboo also appeared in the video to say, “It’s the debut to watch out for.”

Contrary to their excitement, fans began to give both Kiara and Bhumi considerable grief for their decision to go nude. One wrote, “Shame on you. It’s not good to earn a few penny and become famous by going nude.” This comment on Kiara’s timeline received close to 300 likes. Another told Kirana, “Didn’t expect this from you.”

Bhumi faces relatively less trolling with many on her timeline calling her hot. However, there were those who appeared disgusted by her nude photoshoot. One wrote, “Tauba Tauba, You guys will do anything in the name of fashion.”

Among other Bollywood celebrities, who posed for Dabboo’s calendar included Aishwarya Rai Bachchan, Shah Rukh Khan, Vidya Balan, Alia Bhatt, Ananya Panday and Tiger Shroff. Up until now Disha was blamed for raising the temperature with her bold photos on social media, but she is bound to be overshadowed after the recent photoshoots of Kiara and Bhumi.