Shweta Bachchan gave competition to even Katrina Kaif and Alia Bhatt as she set the internet on fire with photos in a nose ring. KBC host Amitabh Bachchan took to his blog page to proudly share his daughter’s photos. The occasion was the wedding function which was attended by Nita Ambani, her children Akash and Isha Ambani and daughter-in-law Shloka Mehta. Also dancing at the wedding function were Saif Ali Khan, wife Kareena Kapoor Khan and son Taimur. Saif danced while carrying Taimur on his shoulder. 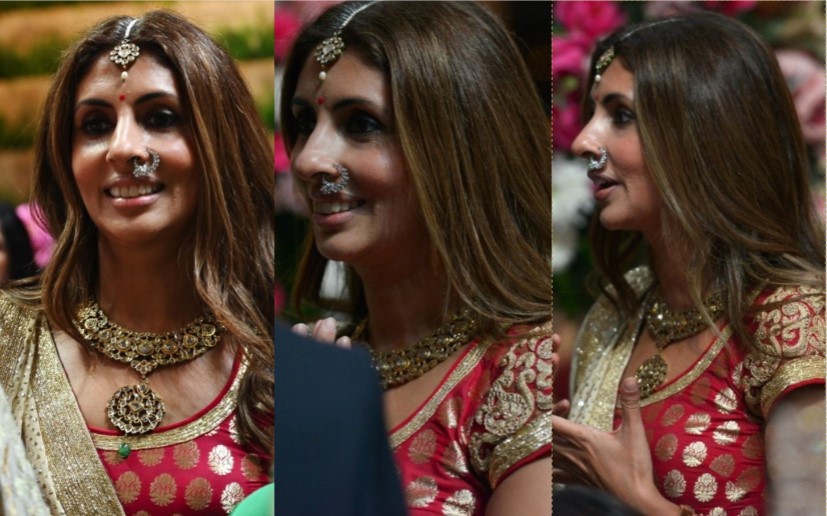 The photos shared by the Bollywood megastar showed him attending the wedding function of Armaan Jain and Anisaa Malhotra. Armaan’s mother Rima is the sister of Shweta Bachchan’s late mother-in-law Ritu Nanda, who’s the aunt of Kareena and Karisma Kapoor.

In the photos shared by Bachchan, Shweta was seen beaming in red as she flaunted a brocade blouse with embroidered sleeves and a cream lehenga. What stood out was the heavy gold and kundan mang tika and necklace. Her nose ring clearly stole the show.

Papa Amitabh was dressed in a cream kurta and pyjama with mother Jaya Bachchan in a red-and-gold sari. Whileposting the photo, Amitabh Bachchan wrote, “Suitably attired .. and with the family.” 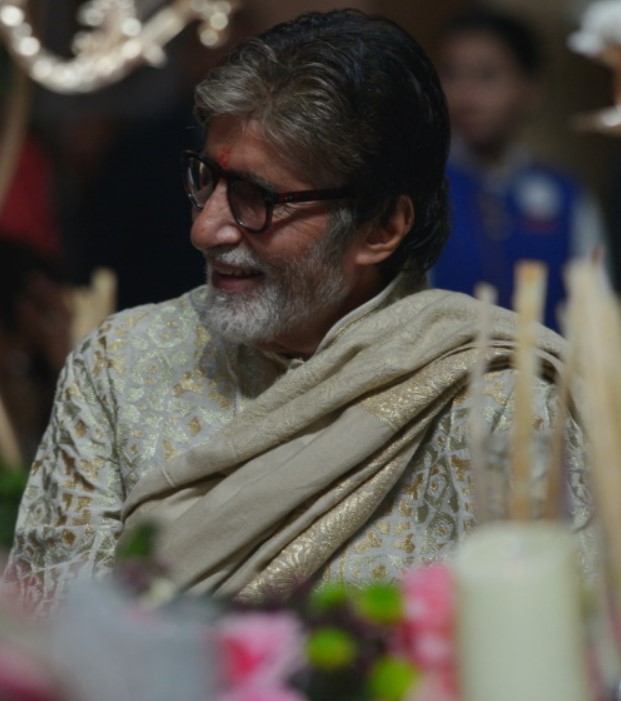 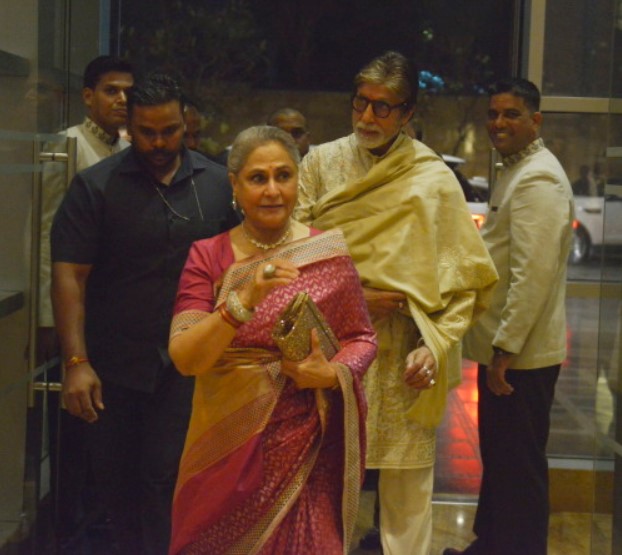 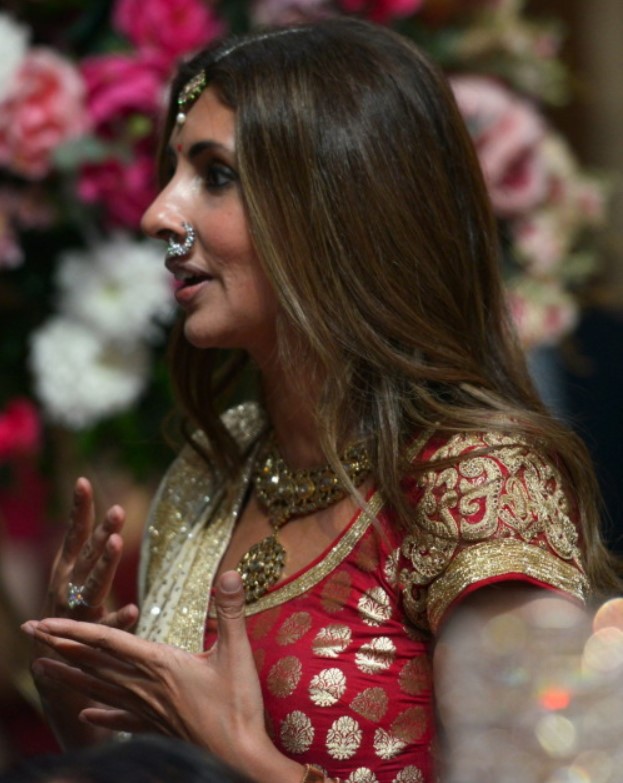 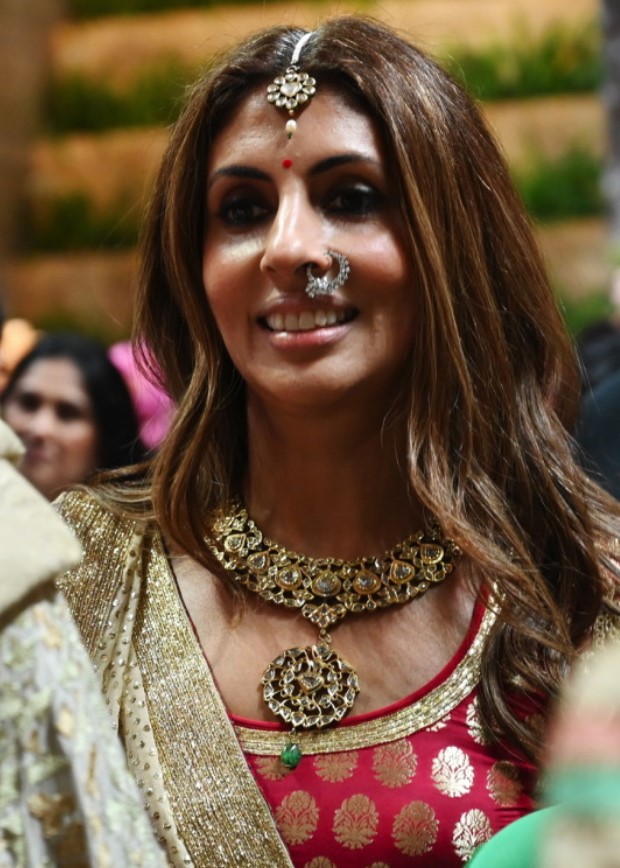 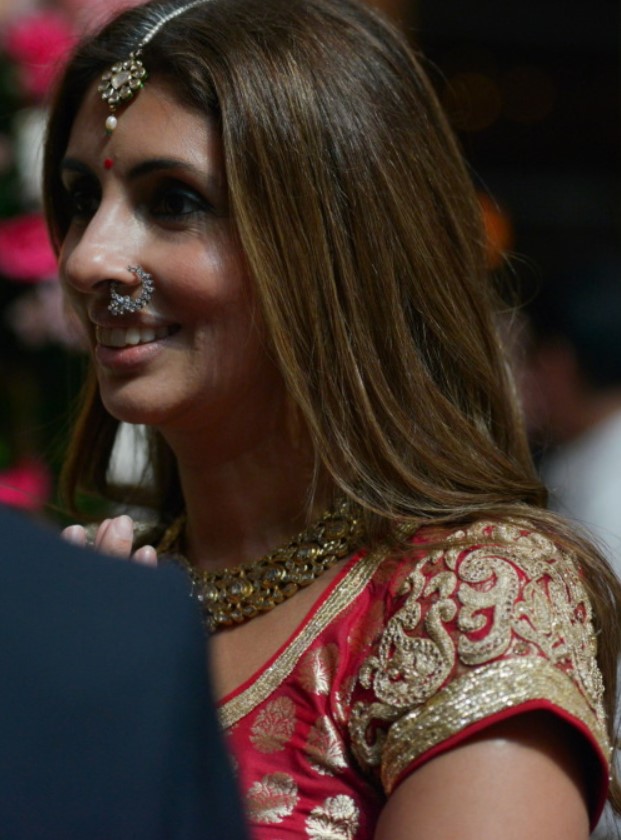 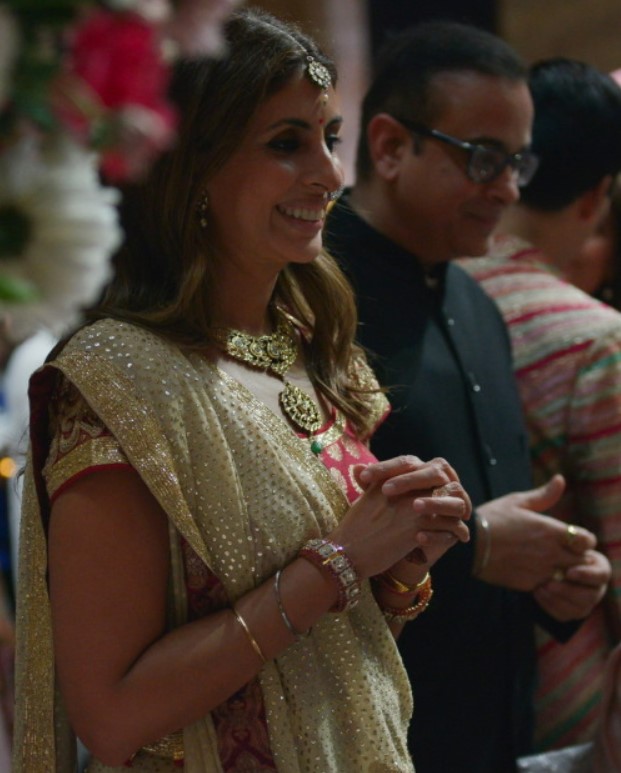 Also attending the wedding functions of Armaan and Anissa were Ranbir Kapoor and his girlfriend Alia Bhatt. The couple turned up at the party with Ranbir’s mother Neetu Singh. Rishi Kapoor failed to attend the wedding since he was hospitalised in Delhi.