Siddharth Shukla on Friday night broke down inside the Bigg Boss house as he interacted with his mother. The presence of his mother was so overwhelming that the contestant, who’s known for his aggression all through this season of the reality show, broke down and cried like a child as he hugged his mother. 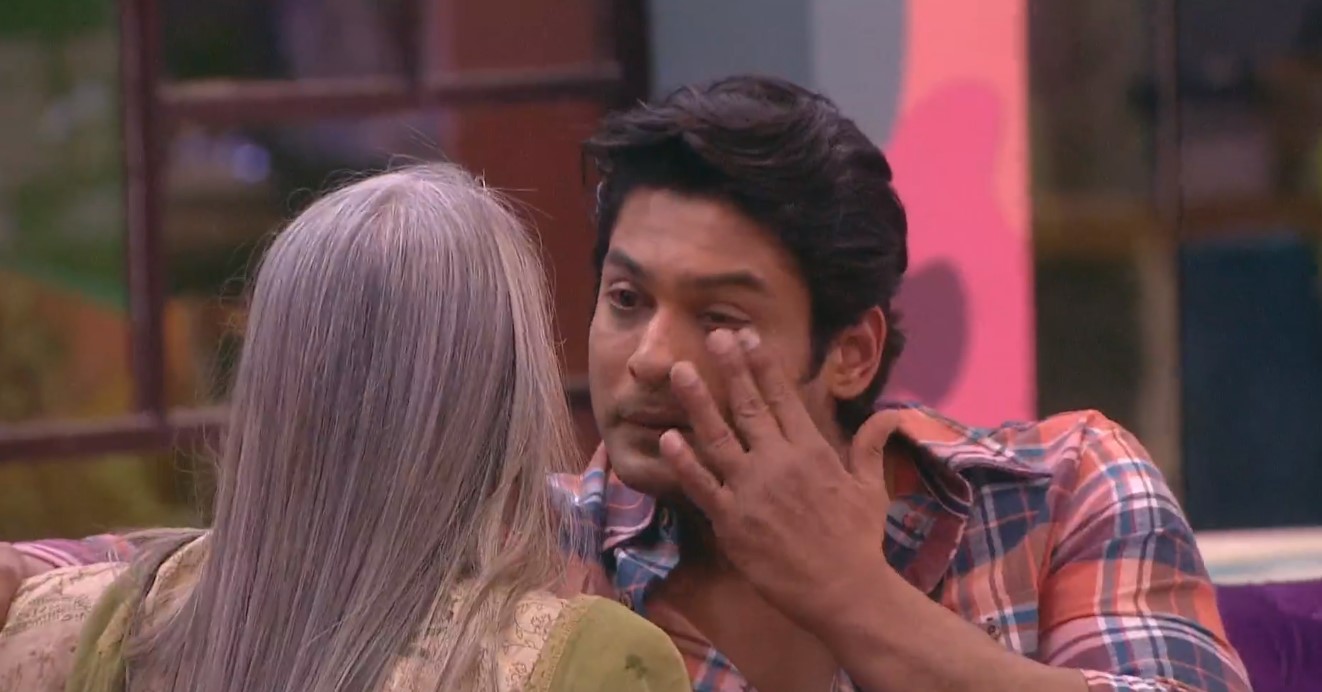 This was when he brought his mother inside the house and began to interact with her. Siddharth’s mother told him that he needed to dress smartly and improve his behaviour in the last remaining month of the competition. A visibly emotional Siddharth looked at his mother and asked, “You’re fine?” He, however, struggled to complete his sentence and hugged his mother, who understood the emotional upheaval that her son was going through.

His mother patted his back and said, “Everything is fine my son. My child. That’s it, my child. Be courageous.” Siddharth was seen bitterly crying as tears rolled down his cheeks.

“You look so good being happy. Be happy and spread happiness,” she told Siddharth.

Siddharth’s mother’s presence made Asim Riaz emotional, who was seen breaking down. He told Shehnaaz Gill that he was missing his own Mom.

Little later in the show, Rashami Desai was seen changing her mind on Siddharth. This was after she welcomed her nephew and niece in the house. They forced her to shake hands with Siddharth and end her differences.

After the children were gone, she was seen telling Arti Singh that Siddharth was very good with kids even when the two acted in Dil Se Dil Tak. Siddharth too was incredibly kind towards Rashami when he saw her crying. No sooner did he find Rashami getting emotional, he walked towards her and began to comfort her. Arti told Rashami that she was very happy to see this loving side of Siddharth.

The fight between Rashami and Siddharth has dominated the goings-on in the house ever since the reality show started more than three months ago. It remains to be seen if they’ve indeed given up on bitterness and will now be seen being loving towards each other.