Bollywood actor Shahid Kapoor recently made the biggest revelation about his relationship with wife Mira Rajput, who he married in 2015. Speaking on The Kapil Sharma Show while promoting his upcoming film Kabir Singh, the famous actor opened up about his equation with wife Mira. 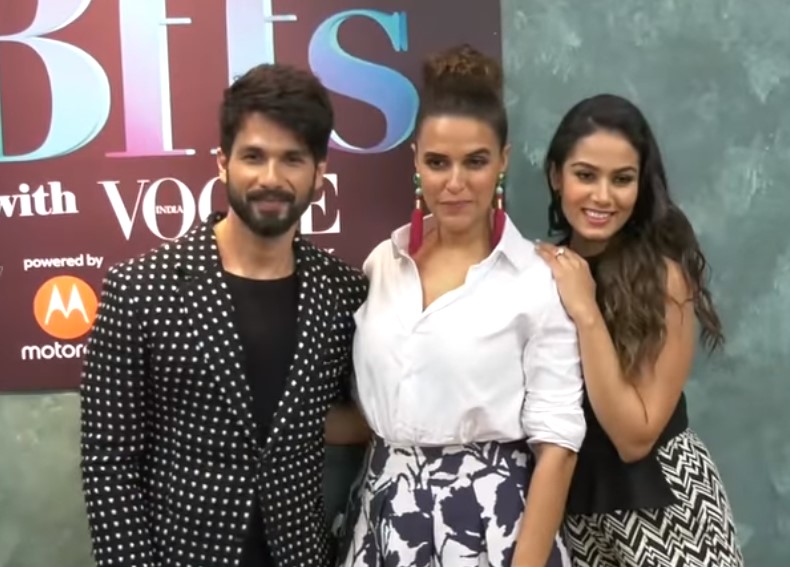 Speaking on Neha Dhupia’s chat show, Shahid made an even bigger revelation as he said that his fights with Mira often lasted for 15 days when the two wouldn’t speak to each other. His revelation came in contrast with how the star couple is viewed in public as an incredibly loving couple. When asked what made him angry at home, Shahid replied, “I usually get flustered when me and my wife have a fight. That’s something that really bothers me. Because I lose my cool and half the time no one comes to know that I have lost my cool.”

When asked if the two fought a lot at home, Shahid said, “Not really, once every few months. It’s not every day kind of a thing.” Then came the bombshell as he revealed, “But ours last a a long time, sometime like fifteen days.”

His revelation left both Neha Dhupia and Kiara Advani, his co-star from Kabir Singh, left in a state of shock. Neha asked, “who makes up?” Shahid replied, “You know the tension is there, and you finally talk it out.”

Kiara commented in disbelief, “But 15 days?” Neha too repeated her earlier question, “But who makes up?” Shahid replied pointing to himself, “Isn’t this obvious?” “Mira,” commented Neha. “Who makes up when Angad (Neha’s husband) and you fight?” asked Shahid. Mira paused before answering, “I do.”

Shahid responded by terming her answer a lie.

When Kiara said that both Shahid and Mira would feel embarrassed about not speaking to each other for 15 days after they made up, Shahid said that it was good to fight once in a while.

Both Mira and Shahid are active on Instagram, where they often share photos of their regular escapades. They’ve become one of the most followed Bollywood couples. The couple had recently traveled to Singapore to see the unveiling of Shahid’s wax statue at Madame Tussauds.

On the work front, Shahid Kapoor is now waiting for the release of his film Kabir Singh, which is a remake of the Telugu hit film Arjun Reddy. The film, which also stars Kiara Advani, is set to release on 21 June.