A man, who originally filed a complaint against Raveena Tandon, Farah Khan and Bharti Singh of The Kapil Sharma Show last year, has demanded an immediate arrest of the three celebrities for hurting the religious sentiments of the Christian community. Ashish Shinde wrote to Director General of Police of Maharashtra demanding the arrest of the Bollywood actress, dance-director and the famous comedienne. 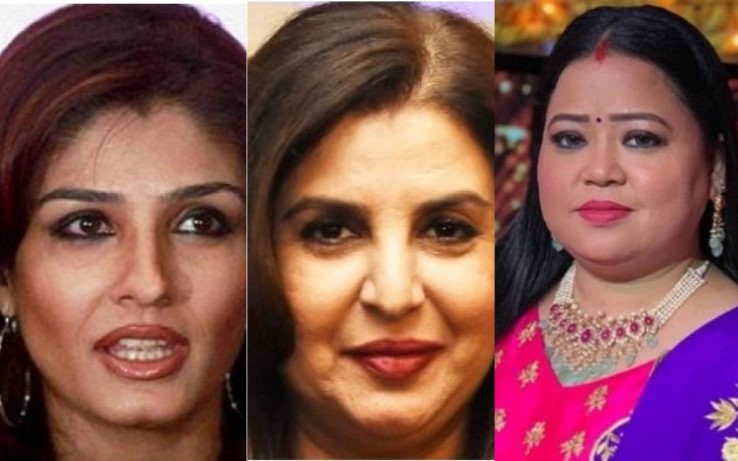 Shinde, who runs an NGO, had filed a police complaint in December in Maharashtra’s Beed district against the three entertainment celebrities. “Take action instantly and give direction to Beed Superintendent of Police (SP) to arrest all the accused,” news agency PTI quoted the content of his letter sent to Maharashtra DGP.

He later told the news agency that ‘neither the office of Beed SP nor Shivaji Nagar police station had given any information about the status of the case.’ This prompted him to file an application to the DGP office.

The latest development came just days after one more police complaint was filed against the trio in Maharashtra’s Nagpur. The complainant was identified as 27-year-old Khushbu Bhagwan Parwar, who’s a resident of Gorewada.