India’s extraordinary farmers’ agitation near the Delhi borders has drawn the attention of international celebrities, prompting the ministry of external affairs to issue an unprecedented statement to counter the tweets by pop star Rihanna, climate activist Greta Thunberg and Meena Harris, the niece of US Vice President Kamala Harris. The move triggered a huge controversy after Sachin Tendulkar, Akshay Kumar, Karan Johar, Lata Mangeshkar and Ajay Devgn were roped in to parrot the government line to counter international celebrities. However, long before this controversy, Tina Ambani had to face the ire of her fans when she wished Nita Ambani’s daughter Isha Ambani and her husband Anand Piramal on their wedding anniversary. 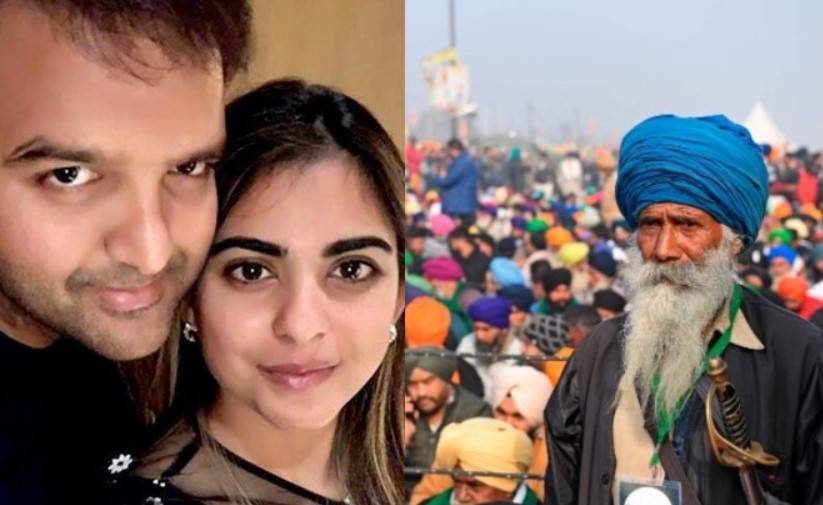 Tina Ambani facing grief from fans assumed significance given that Anil Ambani’s wife has successfully managed to stay away from controversy even though her husband and other members of the larger Ambani family have routinely faced public backlash for their proximity to the Centre’s Narendra Modi government.

Wishing Isha Ambani and Anand Piramal on their second wedding anniversary, Tina had written that they were ‘two souls sharing a remarkable journey.’ She had added that their last two years of being together was nothing less than ‘wedded bliss!’ “Wishing you a lifetime of togetherness, joy and new adventures Isha and Anand. Much love and many blessings!” Tina had concluded.

However, no sooner had Tina shared her note for Isha and Anand, supporters of the protesting farmers began to give her grief by posting pro-farmer and anti-Ambani/Adani messages. One user had written, “Kindly mam tell ur father to take back farmer bills.” Another had commented, “Kisaaaan zindabad (Long live farmers).” “#boycottambaniadani #istandwithfarmers … Shame on the Adani family … god is watching,” wrote another user. Another user had asked, “How does it feel to drink the blood of innocent poor hard working farmers of India?”

Isha’s father, India’s richest businessman was the topic of a heated debate in the parliament last week when Congress leader Rahul Gandhi accused the Indian government of being run by just four people (watch the video below). While Gandhi had not specified the two individuals that the Narendra Modi government was trying to help through the three Farm Laws, a BJP MP had concluded that the Congress leader’s attack was aimed at Mukesh Ambani and Gautam Adani.

Tens of thousands of farmers have been protesting at Delhi borders demanding the withdrawal of three Farm Laws that they say were passed in parliament to help Prime Minister Narendra Modi’s businessman friends.