Singer Sona Mohapatra has dared Bollywood to prove with their action if they indeed in favour of smashing the patriarchy in the Hindi film industry. She used a popular hashtag used by top Bollywood names in support of Sushant Singh Rajput’s former girlfriend Rhea Chakraborty. This was after model Dimple Paul accused filmmaker Sajid Khan of sexually harassing her on the pretext of offering her a role in his film. 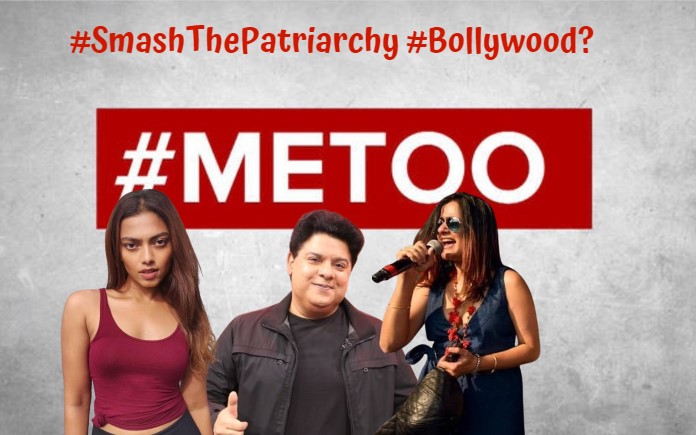 Dimple, who was 17 then, took to Instagram to write that she had remained quiet for the fear of reprisals since she had to ‘earn for family.’ Stating that she had no such worries, Dimple wrote, “When #MeToo movement started a lot of people spoke about Sajid Khan but I did not dare to because like every other actor who has no God father and had to earn for family I kept quiet. Now I don’t have my parents with me I’m earning for myself I can dare to tell that I have been harassed by Sajid Khan at the age of 17.”

According to Dimple, Sajid ‘spoke dirty’ to her, adding that ‘he tried to touch’ here. “He even told me to strip in front of him just to get a role in his upcoming Housefull movie. God knows with how many girls he has done this. I’m coming out now not for any pity party. It’s just that I realised that had affected me so bad when I was a child and chose not to speak. But it’s high time no?” she continued.

Dimple demanded the strictest punishment for Sajid as she wrote, “These b******s should be behind bars not only for casting couch but also for manipulating and for stealing away your dreams. But I did not stop!!! But the wring I did was not to speak about it!”

Reacting to her allegations, Sona Mohapatra, tweeted, “Let’s #SmashThePatriarchy #Bollywood? “Indian model Paula: Sajid Khan asked me to strip for getting a role in Housefull.” (P.S did the film have an age appropriate role for a 17 year old? Romancing 40 plus men maybe?).”

Sona was referring to the hashtag used by top Bollywood celebrities in favour of Sushant Singh Rajput’s ex-girlfriend, Rhea Chakraborty, who was recently arrested on charges of supplying drugs to the late actor. Sona had previously accused music composer Anu Malik and singer Kailash Kher of inappropriate sexual advancements in the past.