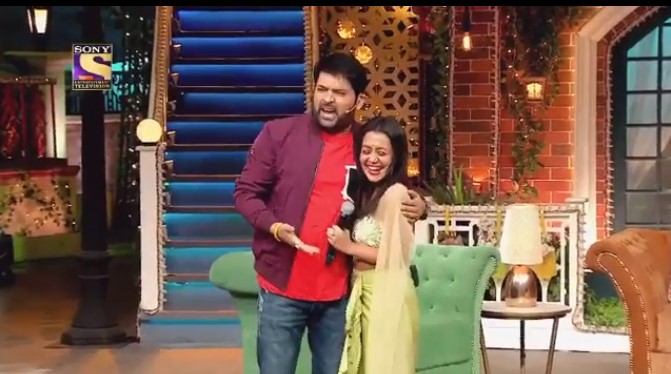 One of the funniest moments came when Bharti Singh asked Neha if she was unhappy with Sony TV. To which Neha replied, “No, I am very happy with Sony TV.” Bharti asked, “Then, why do you keep crying in every episode (of Indian Idol)? Don’t cry so much. My heart bleeds seeing you cry. Save your tears for your marriage.”

Neha told Kapil Sharma that it was her dream to appear on the former’s show. She said, “You don’t know how happy I am to be here. Since my childhood, or not from childhood. Ever since the show came into being, I’ve dreamt of coming here. And I am finally here.”

Kapil likened Neha to a small firecracker with the potential to cause a bigger explosion adding that she was a contestant of the Indian Idol show in 2006 but went on to become a regular judge of the same show.

Neha informed that she had recently received an award from the Instagram for being the most followed Indian musician on the Facebook-owned platform. When asked if she preferred singing in films or recording her own music videos, Neha said, “Let me tell you one thing. There has not been any singer as tiny as me (in size) till today. I am the heroine of my own video and people love me.”

Neha’s sister Sonu said that Neha was the biggest ‘drama queen’ in the Kakkar family. She was in the news recently after Kiku Sharda from The Kapil Sharma Show made fun of her height. Her angry reaction almost triggered a war between the two popular shows of Sony Entertainment TV.