The Election Commission has served BJP MP Kirron Kher a notice seeking her response within 24 hours after she shared a campaign video featuring children on Twitter. 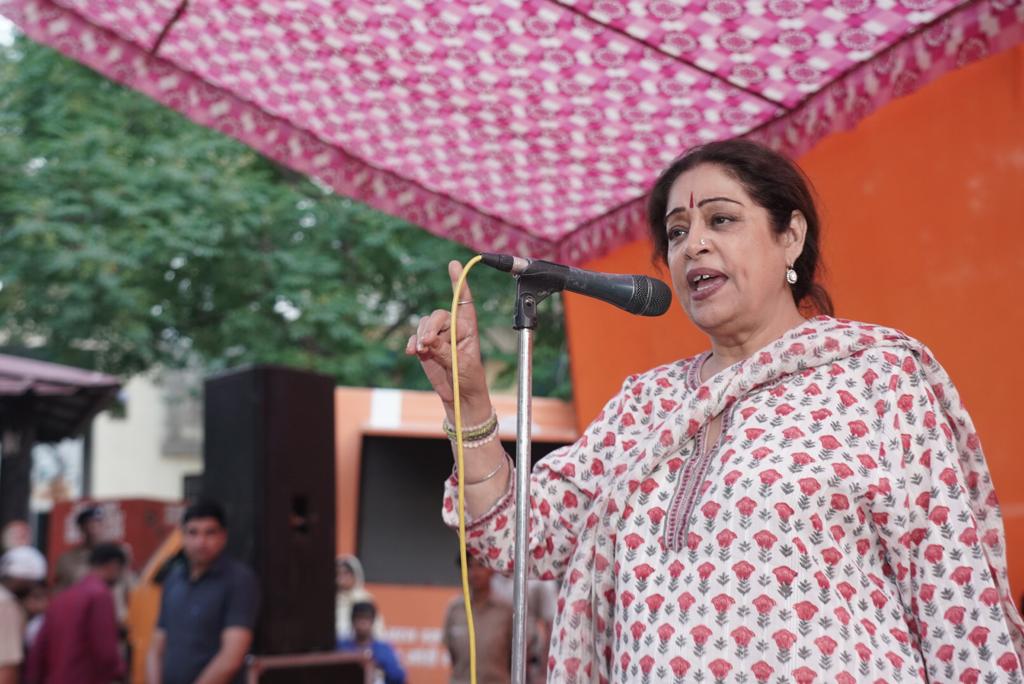 The notice by the District Nodal Officer read, “”You have shared a video on your twitter account which shows that children are being used for election campaign in your favour through slogan ‘Vote for Kirron Kher’ and ‘Ab Ki Baar Modi Sarkar‘.”

The notice added that the National Commission for Protection of Child Rights had requested the Election Commission to ensure that children are ‘not involved in any form with election related activities.”

The letter concluded by asking why ‘action should not be taken’ against Kher for violations. Kher has been given 24 hours to file her response. 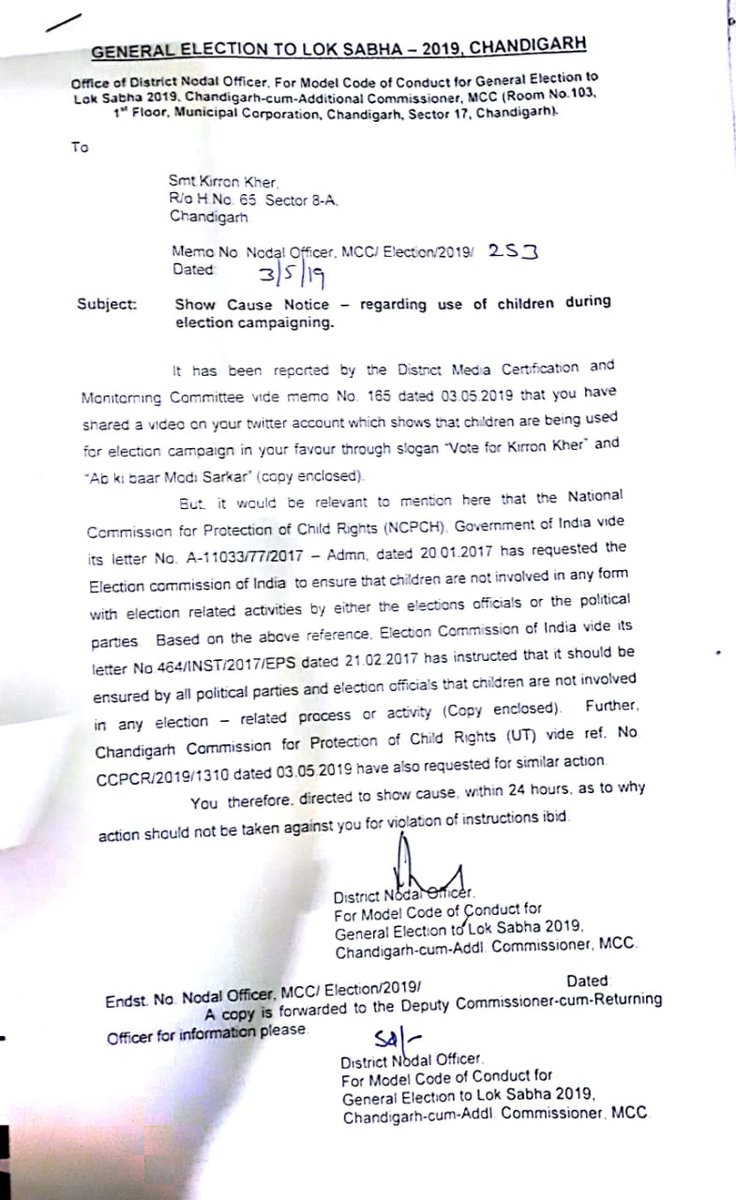 The actor-politician had won from Chandigarh in 2014 and is now pitted against Pawan Kumar Bansal of the Congress this time around. The election here will be held on 19 May with the counting scheduled for 23 May.

The video was reportedly shot in Amethi, the constituency of Priyanka’s brother and Congress President Rahul Gandhi. This had raked up a huge controversy even though Priyanka was seen expressing her disapproval to the use of expletives for PM Modi.