Kings XI Punjab on Tuesday registered their third consecutive win as they beat Delhi Capitals by 5 wickets. Although Nicholas Pooran’s 28-ball 53 runs pl  ayed a key role in scripting the KXIP’s victory, Chris Gayle too played his part by scoring 26 runs in a single over before getting out. 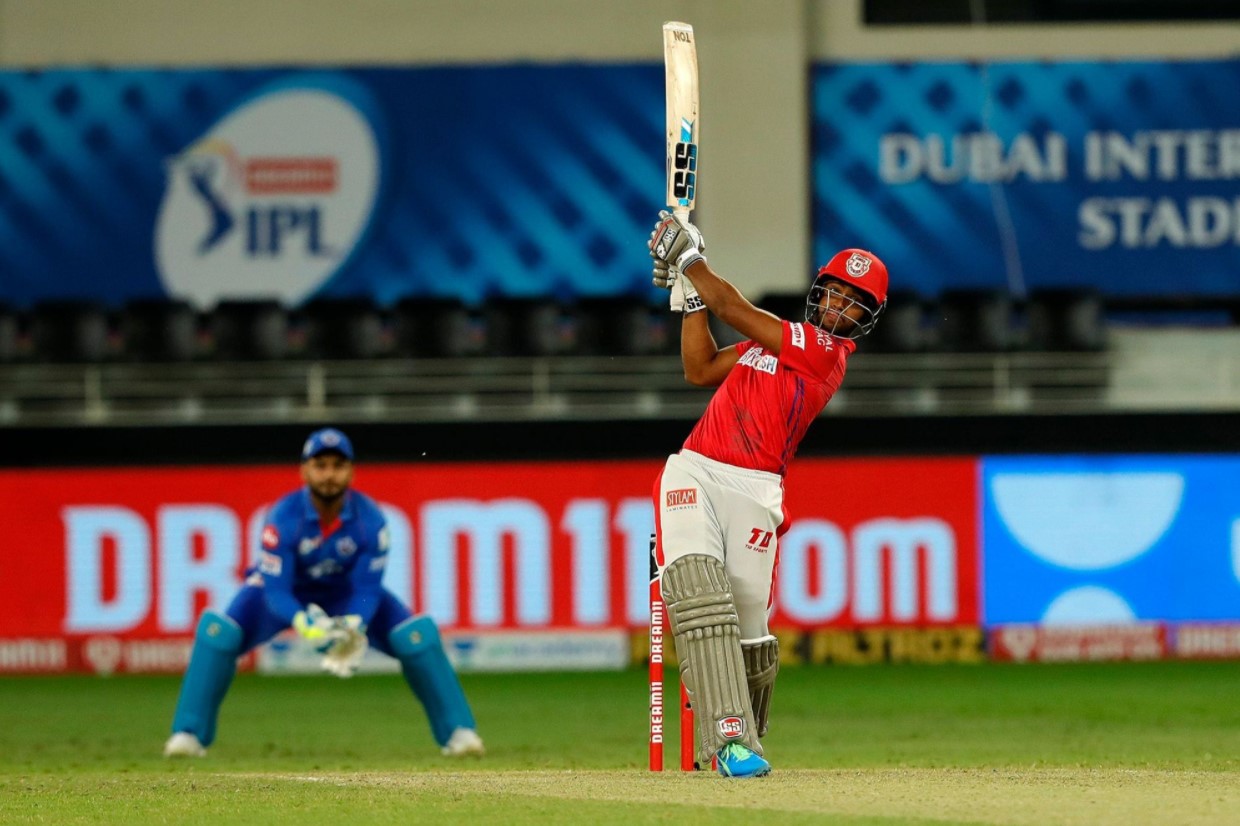 Batting first, Delhi Capitals posted 164-5 in 20 overs with Shikhar Dhawan scoring his second IPL century in a row. The batsman from Delhi had scored his maiden IPL century in his last match against Chennai Super Kings. Dhawan made 106 in 61 balls with his knock including three sixes and 12 boundaries.

Mohammed Shami was the most successful bowler for Kings XI Punjab as he scalped two wickets by conceding 28 runs in four overs.

The run-chase by Kings XI Punjab was electric even though they lost their two key batsmen namely skipper KL Rahul and Chris Gayle. Nicknamed Universe Boss, Gayle hit Tushar Deshpande for 26 runs before being bowled out by R Ashwin for 29. His departure saw a huge confusion between Mayank Agarwal and Nicholas Pooran with the former running himself out and possibly sustaining a long-term injury.

However, this did not dampen the spirit of Pooran, who looked in a menacing touch. Thanks to his hard-hitting batting, Deshpande conceded 15 runs in his second over. Pooran got out for 53 in 28 balls, but the required run-rate for Kings XI Punjab had come down to less than six per over.

With today’s win, Kings XI Punjab have accumulated 8 points with this being their third consecutive victory.

Delhi Capitals skipper Shreyas Iyer said after the match, “I feel we fell 10 runs short. Nevertheless we have got a lot of learnings from this game. Shikhar batted brilliantly, that is a positive. Tushar leaked a lot of runs, but this has happened to the best of all. So he will learn a lot from him. The message from Shikhar to the new batsmen was that the wicket was stopping a little bit. I am really glad this this happened because the boys will be really motivated in the next game. The fielding wasn’t up to the mark. So we will learn from this and come back.”

Rahul said, “My heart keeps reaching new limits every game but yeah it is nice to finish it in the 19th over for once. I did wonder, I won’t lie, especially when you are playing with six batsmen and an allrounder. It is something every team talks about: the set batsman has to finish off the game. One of the top four does that. We have to correct that. They have been bowling really well. Shami obviously is coming in with confidence from the last game. He is our senior bowler, and an international, and he is getting better and better every game. Arshdeep bowled two overs in the Powerplay and one at the death. To nail six out of six yorkers is great. Shows you the work he and the coaches have been putting in. Glenn is a great team man. He has been batting well in the nets. It was important to back him. It was good to see him get time in the middle. Hopefully he carries this good work into the coming games I didn’t sleep a whole lot after that Sunday game. Took a long time to sink in. Kept thinking all night how we could have closed it off before the Super Over. But it keeps us humble; the game is bigger than any of us.”

Shikhar Dhawan was declared Man Of The Match for his another brilliant century even though his side lost.