Kiku Sharda of The Kapil Sharma Show, who famously mocked Arnab Goswami on the Salman Khan-produced comedy programme, left his co-star Archana Puran Singh in splits by referring to his parents as ‘great gamblers.’ This was after Kiku shared an adorable photo of his parents in front of what resembled a casino table. 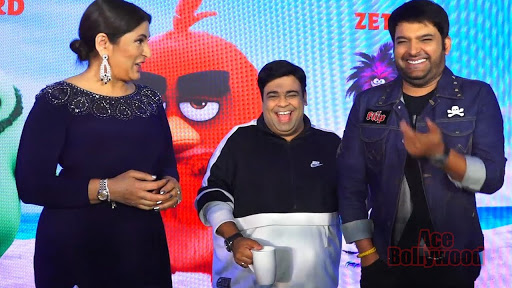 Sharing the photo of his parents, Kiku cheekily wrote, “The great gamblers #parents.” In the photo, Kiku’s parents were seen in front of a table with cards and gambling chips. Not only did Kiku’s caption for his parents as gamblers evoke plenty of hilarious reactions from his fans, but it also left his friends and co-stars in splits.

Kiku had recently triggered a huge controversy by mocking Arnab Goswami on The Kapil Sharma Show. Taking a dig at the Republic TV founder’s mujhe drugs do fame video, Kiku and Krushna Abhishek had recreated their own mujhe jug do video. The video was widely seen as Salman Khan’s attempt at getting even with Goswami, who had launched an all out attack against Bajrangi Bhaijaan actor for his silence on the Sushant Singh Rajput suicide case.

Days later, the Narcotics Control Bureau had arrested Kiku’s co-star Bharti Singh and her husband Haarsh Limbachiyaa for the possession of gaanja. The NCB had allegedly found around 68 grams of gaanja from the comedian’s premises during its raids. The celebrity couple was arrested and sent to 14 days of judicial remand. However, both of them were released on bail within days of their arrest.

Angry fans had linked the arrest of Bharti and her husband to the public mocking of Goswami by Kiku and Krushna Abhishek.