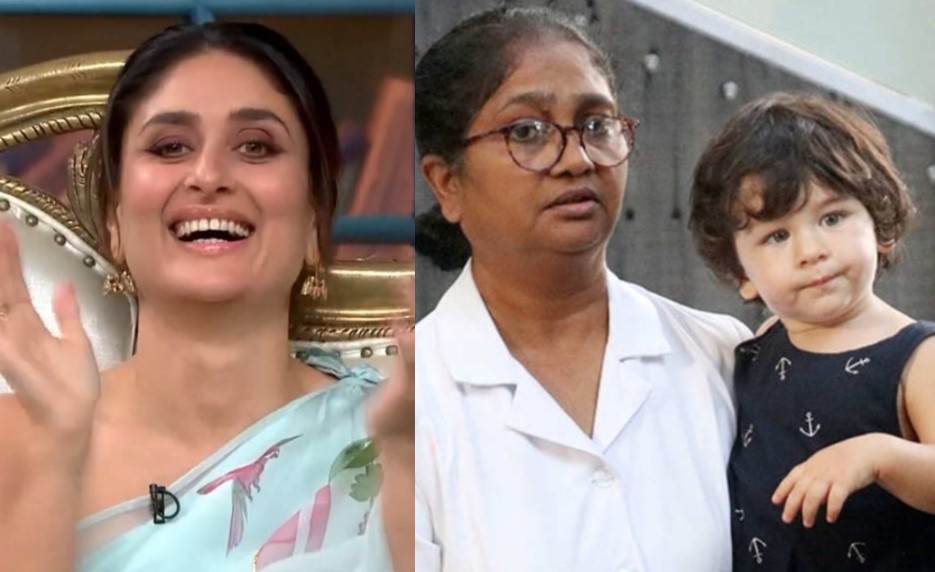 Little did Kareena realise that she will be teased about Taimur and his nanny when she made an appearance on The Kapil Sharma Show to promote her film Good Newwz. Kiku Sharda of the show asked Kareena, “You must have a nanny for your child Taimur?” When Kareena answered in affirmative, Kiku said, “Never disobey her words (us ki baat mat taaliye ga). Otehrwise, it will become Naini-Taal.”

While on The Kapil Sharma Show, Kareena was asked by its host, “There are rumours that your son Taimur is not just a nawab but also a celebrity and you have to take an appointment from him every time you want to take him out.” Kareena asked, “I have to take his appointment?” Kapil replied, “Yes, that’s because he’s so busy.”

“Busy doing what?” Kareena asked. Kapil replied, “Interacting with media.” Kareena said, “This is all rubbish.”

Kapil also sought to know if Kareena was indeed the chairperson of a gossip group in Bollywood. Kapil also played a clip of Karan Johar from an earlier show of The Kapil Sharma Show where he had said that Kareena was the epicentre of the gossip in Bollywood. Kareena, who was beginning to get embarrassed said that there was no truth in Karan’s claims even though her co-star Akshay Kumar disagreed with her.